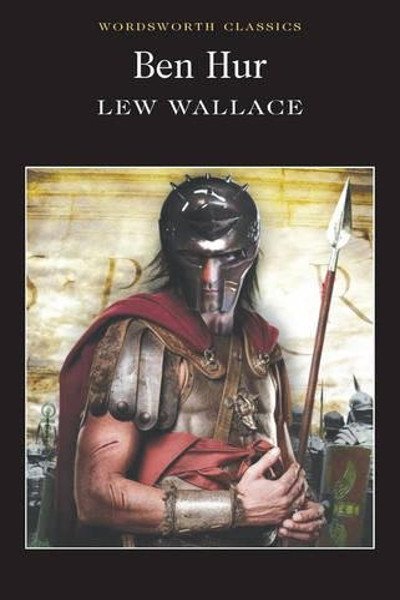 Author’s enduring epic is a tale of revenge, betrayal, honor, compassion and the power of forgiveness, set during the life of Christ.

At the beginning of the first century, Judah Ben-Hur lived as a prince, descended from the royal line of Judea and one of Jerusalem’s most prosperous merchant families. But his world falls apart when he is betrayed by his best friend, Messala, who falsely accuses him of an attempt to assassinate the Roman governor.

Convicted without trial, Judah is sentenced to slavery on a Roman galley, while his mother and sister are imprisoned and his family’s assets are seized. All seems lost, but just before boarding the ship, Ben-Hur has his first interaction with the Christ, who offers him water and hope. Their lives continue to intersect as Ben-Hur miraculously survives his time as a slave to become a charioteer, confront his betrayer, Messala, in an epic race, fall in love with the beautiful Esther, avenge his family, and become a follower of the Christ.

A true epic, Ben-Hur weaves biblical history and a rich adventure plot into a timeless tale certain to entertain a new generation of readers.

Lewis “Lew” Wallace was a lawyer, governor, Union general in the American Civil War, American statesman, and author, best remembered for his historical novel A Tale of the Christ.

Although he would have much preferred to be remembered as a highly successful military hero, Lew Wallace has been thwarted in this ambition and is best known as an author. Born in Indiana, he had worked as a clerk and early displayed a fascination for Mexico which would affect him in later years. During the Mexican War he served as a second lieutenant in the Indiana but saw only minor action. In 1849 he was admitted to the bar in his native state and seven years later entered the state senate.