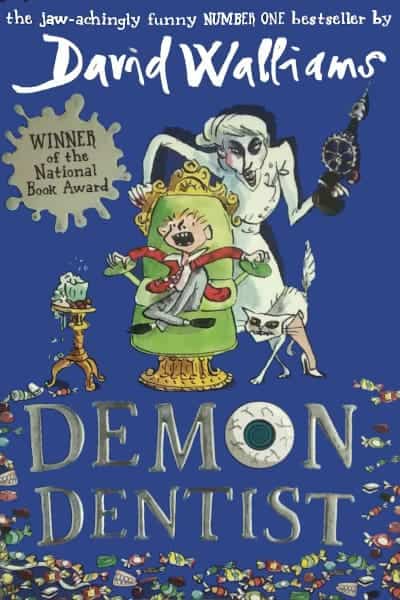 Something strange is happening in Alfie’s town. Instead of shiny coins from the Tooth Fairy, kids are waking up to dead slugs and other dreadfully icky things under their pillows. Alfie wonders if a Demon Dentist is behind this all.

Williams makes going to the dentist a wacky adventure with his signature humor—this is one dentist appointment you don’t want to miss.

Something strange is happening in Alfie’s town. Instead of shiny coins from the Tooth Fairy, kids are waking up to dead slugs, live spiders, and other dreadfully icky things under their pillows.

Who would do something so horrific? Alfie is sure that Miss Root, the creepy new dentist in town, is behind it all. There’s nothing Alfie hates more than going to the dentist, but to solve this mystery, he may have to book a dreaded appointment….