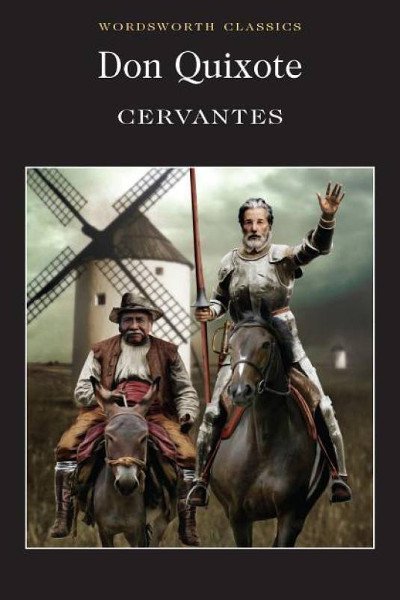 Overy Ninety years ago a story about a rag doll found in a grandmother’s attic captured the hearts of Americans.

Cervantes tale of the deranged gentleman who turns knight-errant, tilts at windmills and battles with sheep in the service of the lady of his dreams, Dulcinea del Toboso has fascinated generations of readers, and inspired other creative artists such as Flaubert, Picasso and Richard Strauss. The tall, thin knight and his short, fat squire, Sancho Panza, have found their way into films, cartoons and even computer games.

Supposedly intended as a parody of the most popular escapist fiction of the day, the ‘books of chivalry’, this precursor of the modern novel broadened and deepened into a sophisticated, comic account of the contradictions of human nature.

On his ‘heroic’ journey Don Quixote meets characters of every class and condition, from the prostitute Maritornes, who is commended for her Christian charity, to the Knight of the Green Coat, who seems to embody some of the constraints of virtue.

Cervantes’ greatest work can be enjoyed on many levels, all suffused with a subtle irony that reaches out to encompass the reader, and does not leave the author outside its circle.

Peter Motteux’s fine eighteenth-century translation, acknowledged as one of the best, brilliantly succeeds in communicating the spirit of the original Spanish.

Miguel de Cervantes Saavedra was born in Alcala de Henares, near Madrid, Spain in 1547. Virtually nothing is known of his childhood, apart from the fact that his father, Rodrigo de Cervantes, was a surgeon, a poorly paid profession in those days, and that the family were constantly on the move. He was a student at an arts school in Madrid in 1568, but suddenly moved to Rome in 1569. In 1570 he enlisted with the Spanish forces stationed in Italy and fought in the naval battle of Lepanto, in which he was wounded, losing the use of his left hand.  He was captured by pirates in 1575, and spent the next five years as a prisoner in Algiers.

For almost all of the rest of his life Cervantes struggled to earn a living from writing and working in various lowly positions for the government. It was in 1597, while imprisoned in Sevilla for debt, that he began to write his greatest work, The Ingenious Gentleman Don Quixote of La Mancha, Part I was published in 1605, and was almost immediately hailed as a masterpiece. The second part was finally published to great acclaim in 1615, just a year before his death, at the age of 69, in 1616.

This book will be shipped in 2 days. The time taken for you to receive it will depend upon the mode you choose, while completing your purchase. The rates applicable for each mode are different.You will be informed after the order is shipped.Shipping costs depend on the mode chosen, the weight of the item, and the distance it will travel to reach its destination. Shipping costs will be charged depending on the weight of the entire purchase (if more than one item is purchased). The same shipping mode will apply to all products in such a case.