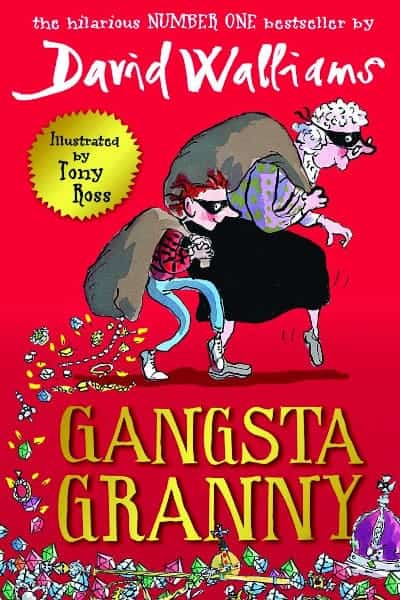 Ben is made to stay in his grandma’s house. He thinks she very boring. Little does she know that she was once an international jewel thief. Now Gangsta Granny is planning the biggest heist of her life and she needs Ben’s help.

Gangsta Granny is a story of prejudice and acceptance,filled with funny lists and silly words. Our hero Ben is bored beyond belief after he is made to stay at his grandma’s house. She’s the boringest grandma ever: all she wants to do is to play Scrabble, and eat cabbage soup. But there are two things Ben doesn’t know about his grandma.

1) She was once an international jewel thief.

2) All her life, she has been plotting to steal the Crown Jewels, and now she needs Ben’s help…