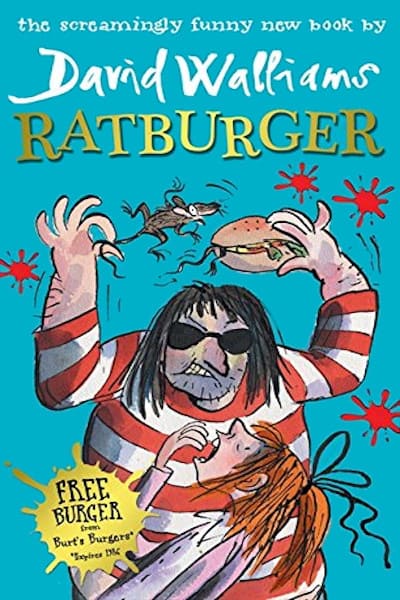 Ratburger is a hilarious, action-packed and touching novel about a girl named Zoe. Zoe’s life isn’t smooth sailing with trouble at home, school and an evil man after her pet rat with the intent of making guess what?

The fifth screamingly funny novel from David Walliams, number one bestseller and fastest growing children’s author in the country, now available in paperback. From the bestselling author of Gangsta Granny and Demon Dentist comes another hilarious, action-packed and touching novel – the story of a little girl called Zoe. Things are not looking good for Zoe. Her stepmother Sheila is so lazy she gets Zoe to pick her nose for her. The school bully Tina Trotts makes her life a misery – mainly by flobbing on her head. And now the evil Burt from Burt’s Burgers is after her pet rat! And guess what he wants to do with it? The clue is in the title…