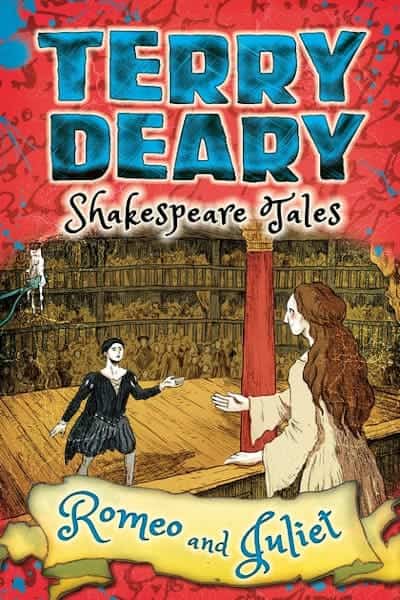 Shakespeare Tales helps children explore the fascinating times and world of Shakespeare. Sam is about to star in Shakespeare’s new play, Romeo and Juliet, but at the same time a big plague has arrived.

Down at the theatre, Sam is about to star in Shakespeare’s new play, Romeo and Juliet, but people are whispering that a plague is spreading through the city. Will Sam get his big break or will the plague shut down the theatre? Meanwhile, on stage, Romeo and Juliet are in love but their families can’t stand each other. With plots and poison, the lovers must find a way to be together.

Terry Deary’s Shakespeare Tales explore the fascinating world of William Shakespeare through the eyes of children who could have lived at the time. Join master storyteller Terry Deary for a trip back in time to plague ridden-London where going to the theatre could be a matter of life or death! This edition features notes for the reader to help extend learning and exploration of the historical period.