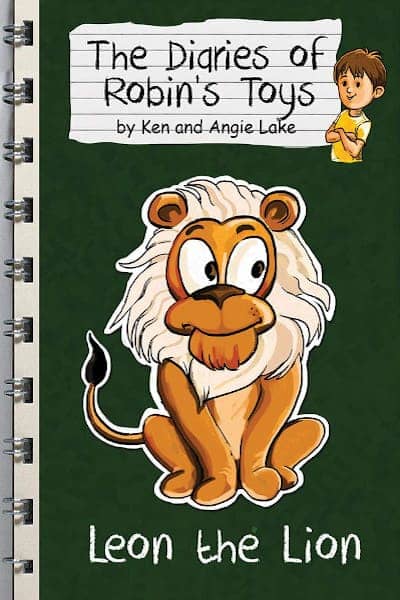 The Diaries of Robin’s Toys: Leon the Lion

When Robin bought Leon the Lion at the car boot sale, he expected him to be fierce and scary, but that couldn’t have been further from the truth. Just how did the King of the Jungle turn into the King of the Jingle? Well, you will have to read the book to find out!

Angie Lake is a freelance writer with a background in the Spanish music industry. She has worked on a variety of projects, including writing and reviewing for press publication, translation and authoring works of fiction.

Born in the UK and raised on the Spanish Costa Blanca, she travelled extensively before settling in Spain to study Psychology and began her writing career in the Spanish national music press.

Angie currently lives in Spain, covering concerts and other cultural events in the summer months.

Ken Lake was born in rural Norfolk during a period of austerity following the Second World War. He was sent to boarding school at the age of thirteen before later living and working in the Middle East, Nigeria and Spain. Following a near-death experience, Ken had a supernatural encounter which inspired him to pick up a pen and begin his writing career.