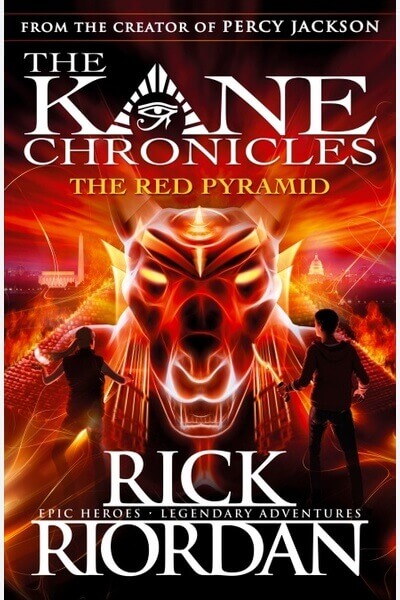 The Kane Chronicles: The Red Pyramid

In the first book of The Kane Chronicles trilogy, Carter and Sadie Kane’s father is imprisoned by Set, an evil Egyptian god of chaos, when a secret plan goes awry. Here they learn that the pharaohs of ancient Egypt are far from dead and buried and neither, are their gods.

Carter and Sadie Kane’s dad is a brilliant Egyptologist with a secret plan that goes horribly wrong. An explosion shatters the ancient Rosetta stone and unleashes Set, the evil god of chaos . . .

Set imprisons Dr Kane in a golden coffin and Carter and Sadie must run for their lives. To save their dad, they embark on a terrifying quest from Cairo to Paris to the American South-west and discover the truth about their family’s connection to the House of Life: an Egyptian temple of magic that has existed for thousands of years.

The pharaohs of ancient Egypt are far from dead and buried. And neither, unfortunately, are their gods . . .