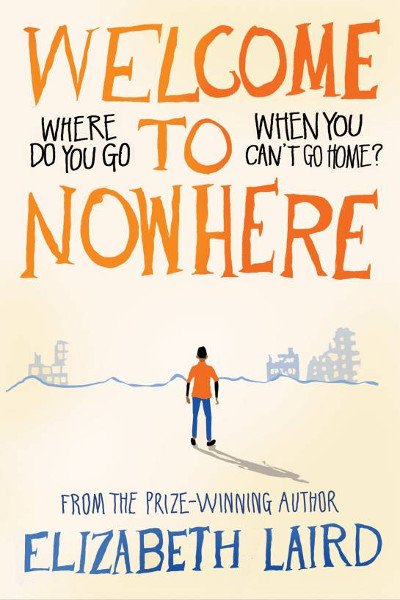 A gritty tale of courage and hope, as Omar and his family make their way out of Syria, which has just descended into civil war.

Twelve-year-old Omar and his brothers and sisters were born and raised in the beautiful and bustling city of Bosra, Syria. Omar doesn’t care about politics, all he wants is to grow up to become a successful businessman who will take the world by storm. But when his clever older brother, Musa, gets mixed up with some young political activists, everything changes. Before long, bombs are falling, people are dying, and Omar and his family have no choice but to flee their home with only what they can carry. Yet no matter how far they run, the shadow of war follows them until they have no other choice than to attempt the dangerous journey to escape their homeland altogether. But where do you go when you can’t go home?

Elizabeth Laird was born in New Zealand of Scottish parents, but grew up in London.

Before studying French and German at university, she taught at a girls’ school in Malaysia. During her twenties she lived and worked in Ethiopia, teaching and travelling, and was a disc jockey on a late night music show, broadcasting to Africa and India.

She met her husband, David McDowall, on a plane in India. They married in 1975, and lived first in Baghdad, where David was working for the British Council. Later, David’s work with the UN took them to Beirut (during the civil war). They were eventually evacuated to Vienna, where their second son was born. They now live in London.

Elizabeth Laird’s books have been translated into 15 languages.