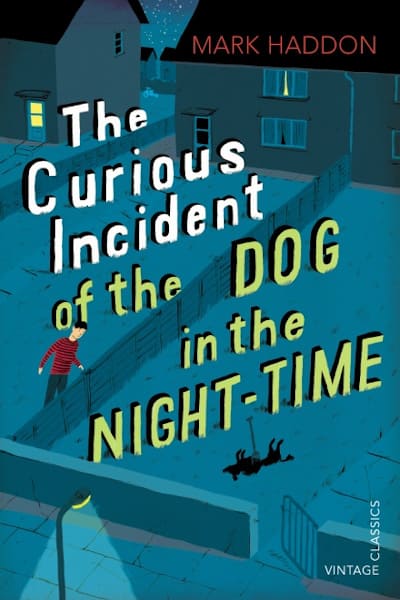 The Curious Incident of the Dog in the Night-time

Christopher is an honest person who does not liked being touched amongst other things. The Curious Incident of the Dog in the Night-time is his story about the mystery of who murdered the neighbour’s dog.

‘Lots of things are mysteries. But that doesn’t mean there isn’t an answer to them’

This is Christopher’s murder mystery story. There are also no lies in this story because Christopher can’t tell lies. Christopher does not like strangers or the colours yellow or brown or being touched. On the other hand, he knows all the countries in the world and their capital cities and every prime number up to 7507. When Christopher decides to find out who killed the neighbour’s dog, his mystery story becomes more complicated than he could have ever predicted.