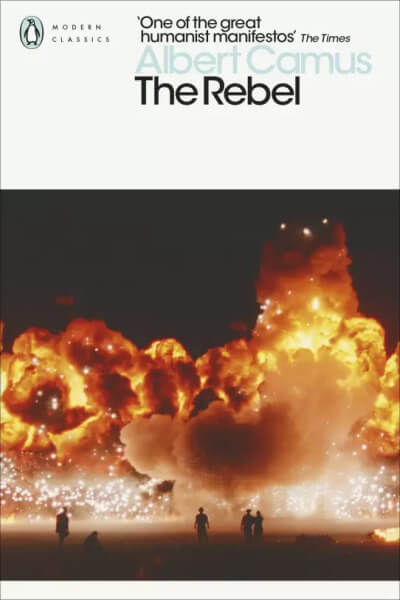 The Rebel is a book length essay which examines both the metaphysical and historical development of rebellion and revolution. Here, Camus uses various figures and movements from the history of western thought and art.

The Rebel is Camus’ ‘attempt to understand the time I live in’ and a brilliant essay on the nature of human revolt. Published in 1951, it makes a daring critique of communism – how it had gone wrong behind the Iron Curtain and the resulting totalitarian regimes. It questions two events held sacred by the left wing – the French Revolution of 1789 and the Russian Revolution of 1917 – that had resulted, he believed, in terrorism as a political instrument. In this towering intellectual document, Camus argues that hope for the future lies in revolt, which unlike revolution is a spontaneous response to injustice and a chance to achieve change without giving up collective and intellectual freedom.

The author, born in 1913, was a French novelist, essayist, and playwright. He was a representative of non-metropolitan French literature. His origin in Algeria and his experiences there in the thirties were dominating influences in his thought and work. Among his works, The Plague (1947), The Just (1949) The Fall (1956). He was killed in a road accident in 1960. His last novel, The First Man, unfinished at the time of his death, appeared for the first time in 1994.