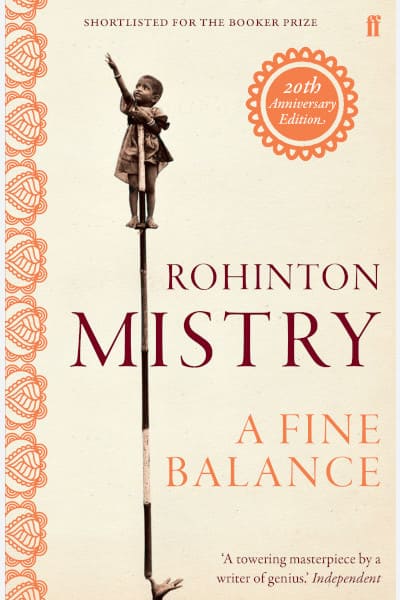 A Fine Balance is a novel in which four unlikely people’s lives come together in 1970s India when the government declares a ‘State of Internal Emergency’.

Set in the mid-1970s in India, A Fine Balance tells the story of four unlikely people whose lives come together during a time of political turmoil soon after the government declares a ‘State of Internal Emergency’. Through days of bleakness and hope, their circumstances – and their fates – become inextricably linked in ways no one could have foreseen.

He has written three novels, all of which have been shortlisted for the Booker Prize, and a collection of short stories, .