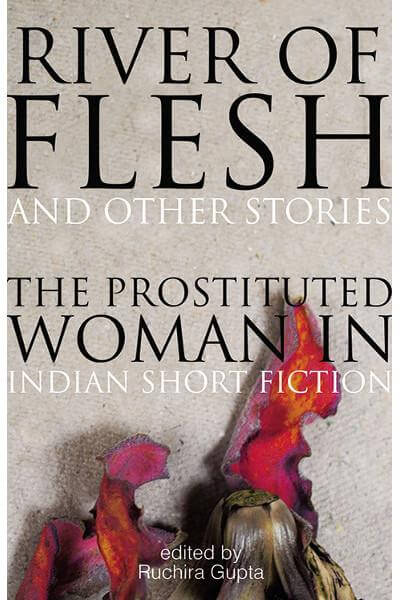 River of Flesh and Other Stories

River of Flesh and Other Stories brings together twenty-one stories about trafficked and prostituted women by some of India’s most celebrated writers.

Jugnu, in Kamleshwar’s ‘River of Flesh’ (‘Maas ka Darya’), stares at a lifetime of servitude as age and disease take hold; Ismat Chughtai creates the unforgettable character of Lajo in ‘The Housewife’, a carefree young woman who must conform to society’s idea of decency, or risk being branded a whore; in ‘Heeng-Kochuri’, by Bibhutibhushan Bandyopadhyay, a boy growing up near a red-light area discovers the adult world of patrons, connoisseurs and customers, as well as savouries offered to young boys as bribe; and in Manisha Kulshrestha’s ‘Kalindi’, a son looks in through a window and his life falls to pieces around him.

An unprecedented anthology — for its subject, as well as for the range of authors and translators who are part of it — River of Flesh and Other Stories offers a harsh indictment of this practice of human slavery, too often justified — and occasionally glorified — as the ‘world’s oldest profession’.

Ruchira Gupta is a writer, feminist campaigner, professor at New York University and founder of the anti-sex-trafficking organization, Apne Aap Women Worldwide. She won the Clinton Global Citizen award in 2009, the Sera Bangali Award in 2012 and an Emmy for outstanding investigative journalism in 1996. She has helped more than twenty thousand girls and women in India exit prostitution systems. She has also edited As If Women Matter, an anthology of Gloria Steinem’s essays, and written manuals on human trafficking for the UN Office for Drugs and Crime.