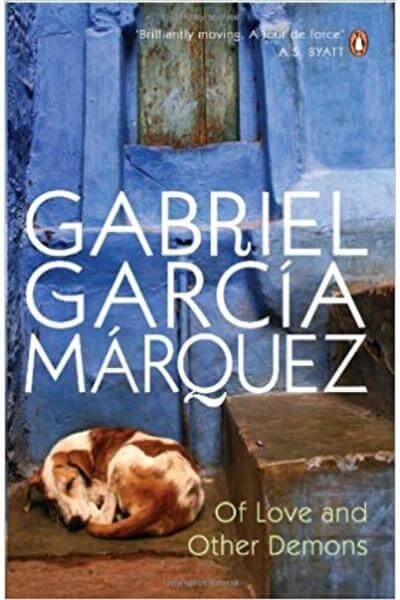 Of love and Other Demons

Of love and Other Demons recounts the story of how a girl’s life is changed by her family and town’s superstitious beliefs.

When a witch doctor appears on the Marquis de Casalduero’s doorstep prophesizing a plague of rabies in their Colombian seaport, he dismisses her claims – until he hears that his young daughter, Sierva María, was one of four bitten by a rabid dog, and the the only one to survive.

Sierva María appears completely unscathed – but as rumours of the plague spread the Marquis and his wife wonder at her continuing good health. In a town consumed by superstition, it’s not long before they, and everyone else, put her survival down to a demonic possession and begin to see her supernatural powers as a cause of the towns woes. Only the young priest charged with exorcizing the evil spirit recognizes the girl’s sanity, but can he convince the town that it’s not her that needs healing?