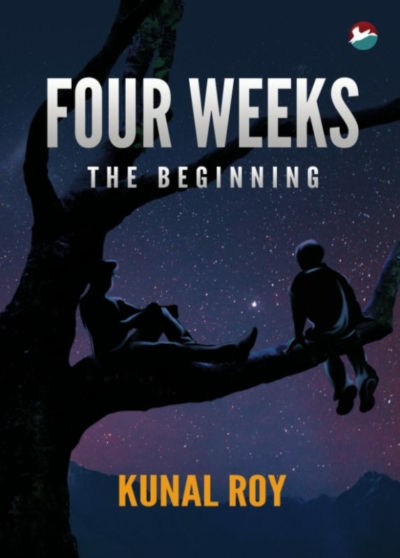 Young Alan, who has known all his life that he is enhanced, believed that his father died a few years ago from a car crash.

Young Alan, who has known all his life that he is enhanced, believed that his father died a few years ago from a car crash. By the information received from a certain friend turned enemy he discovered that his father, who was actually awaiting him on another world, enhanced him for a purpose- to stop a certain alien race from destroying the Earth.

A plan is put in motion to stop the destruction but things don’t quit go Alan’s way. He unexpectedly picks up a companion along the way, who aids him in discovering that his father’s very existence cannot be verified. Confused and troubled, Alan pressed on; gradually discovering that in the grand scheme of the Alien race, something didn’t quite square up.

“Four Weeks- The Beginning” takes us through the beginning of Alan’s story as he struggles to keep pace with the demands of his journey, ending in the uncovering of a hidden agenda, and in the discovery that a major upheavel has been triggered.

Kunal Roy is a final year student in computer science engineering at Global Academy of Technology, Bangalore, India. While his key interest is in computer science, where he has already co-authored two international refereed research publications, he is also a science fiction euthusiast. He has always admired the way in which it has been used to highlight the strength of a pure human endeavor in surmounting un-scalable odds, especially nothing that through most, if not all science fiction, the alien race is physically and mentally superior to the human race.

He is also a huge fan of the larger than life characters- Thor, Superman, Batman, Galactus, Odin, Hulk, their relatable personalities and life journeys, the grand-scale encounters between colossal powers and the many marvelous fictious-scientific concepts that inspire real-life scientists, which science fiction has been able to present to us over the years. In Kunal’s view, all of these elements come together so well that science fiction plots make for the most complete and the most compelling stories.

This book will be available to you as soon as your payment is processed. Please check your purchases (available within your account information) for the download link.