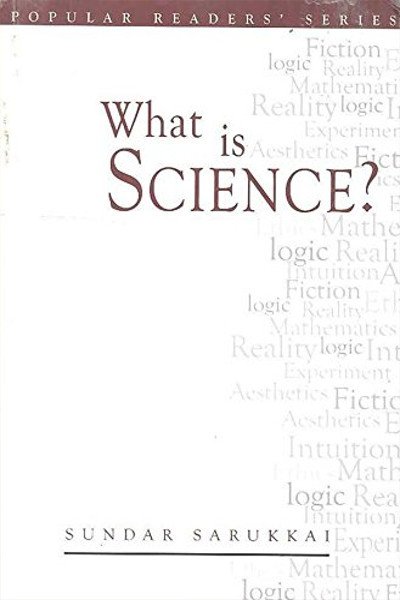 In “What is Science ?” Sundar Sarukkai provides a magisterial overview of science as a human activity today, covering definitions of science, the social organization of science, philosophy of science, and ethical issues arising in and from scientific activity.

In chapters on Science and Logic, Science and Reality and Science and Knowledge he outlines the history of concepts such as Time and Space within different philosophical traditions and their connections to scientific periods. He ends with an impassioned plea for deep engagement in new dialogue and negotiation by the scientific community with other segments of society. Through this process he argues scientists will both enrich their creativity, develop new forms of science, but also become far more responsible citizens of the world. The book is written for a general, non academic public and is accessible both to working scientists and artists.