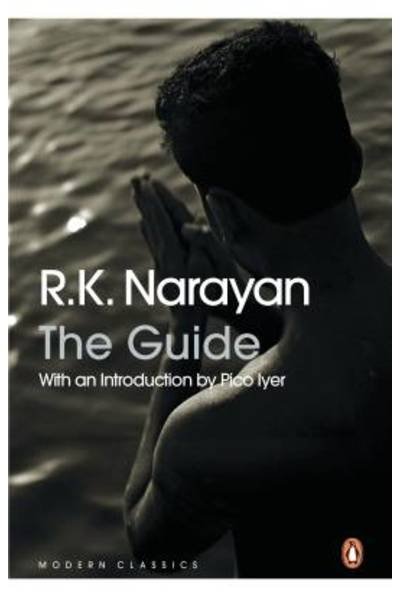 Railway Raju is a disarmingly corrupt tour guide with a sketchy past. After a series of misadventures, he is released from jail and makes his way back into the world.

Railway Raju is a disarmingly corrupt tour guide with a sketchy past. After a series of misadventures, he is released from jail and makes his way back into the world. When he seeks refuge in an abandoned temple, he is mistaken for a holy man – a part he plays so well that God himself intervenes to put Raju’s new-found sanctity to the test.

Rasipuram Krishnaswami Iyer Narayanaswami (10 October 1906 – 13 May 2001), was an Indian writer known for his works set in the fictional South Indian town of Malgudi. He was a leading author of early Indian literature in English along with Mulk Raj Anand and Raja Rao.
In a career that spanned over sixty years Narayan received many awards and honours including the AC Benson Medal from the Royal Society of Literature, the Padma Vibhushan and the Padma Bhushan, India’s second and third highest civilian awards. He was also nominated to the Rajya Sabha, the upper house of India’s parliament.