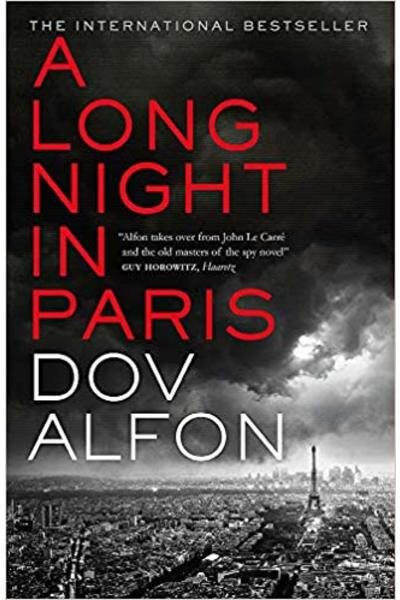 A Long Night in Paris

When an Israeli tech exec disappears from Charles de Gaulle airport with a woman in red, logic dictates youthful indiscretion.For Commissaire Léger of the Paris Police, all coincidences are suspect.This could be one long night in the City of Lights.

When an Israeli tech exec disappears from Charles de Gaulle airport with a woman in red, logic dictates youthful indiscretion. But Israel is on a state of high alert nonetheless. Colonel Zeev Abadi, the new head of Unit 8200’s Special Section, just happens to have arrived on the same flight.

For Commissaire Léger of the Paris Police, all coincidences are suspect. When a second young Israeli from the flight is kidnapped, this time at gunpoint from his hotel room, his suspicions are confirmed – and a diplomatic crisis looms. As the race to identify the victims and the reasons behind their abductions intensifies, a covert Chinese commando team watches from the rooftops, while hour by hour the morgue receives fresh bodies from around Paris.

This could be one long night in the City of Lights.

Dov Alfon (b. 1961), brought up in France and in Israel, is a former intelligence officer of Unit 8200, the most secretive arm of the Israel Defence Forces. He is a former editor in chief of Israel’s most influential newspaper, Haaretz, and was awarded several prizes for his journalistic writings, including the 2011 Peace Through Media Award from the International Council for Press and Broadcasting, London.

His first book, “Unit 8200: A Long Night in Paris”, was published in Israel to great acclaim and rights were sold in 12 territories. A TV series based on the book is in the works, to be produced by Keshet International, producers of “Homeland”.