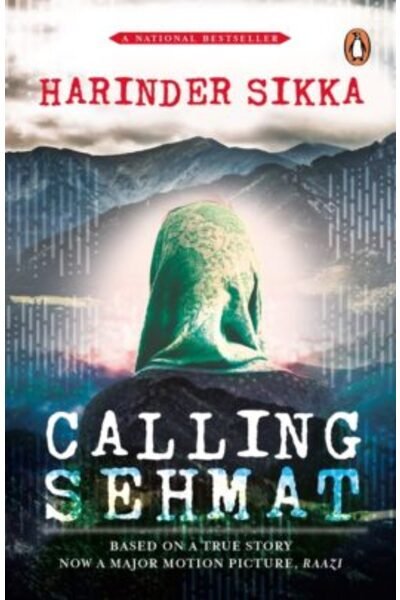 This is an espionage thriller that brings to life the story of Sehmat – an unsung heroine of war.

When a young college-going Kashmiri girl, Sehmat, gets to know her dying father’s last wish, she can do little but surrender to his passion and patriotism and follow the path he has so painstakingly laid out. It is the beginning of her transformation from an ordinary girl into a deadly spy.

She’s then married off to the son of a well-connected Pakistani general, and her mission is to regularly pass information to the Indian intelligence. Something she does with extreme courage and bravado, till she stumbles on information that could destroy the naval might of her beloved country.

Inspired from real events, Calling Sehmat . . . is an espionage thriller that brings to life the story of this unsung heroine of war.

The author is currently the group director, strategic business, Piramal Group. After graduating from Delhi University, he joined the Indian Navy. He was commissioned in January 1981 and took premature retirement in 1993 as a Lieutenant Commander.

Calling Sehmat is his second book and has been made into a film, Raazi, by Meghna Gulzar.

Sikka lives in Delhi with his family.