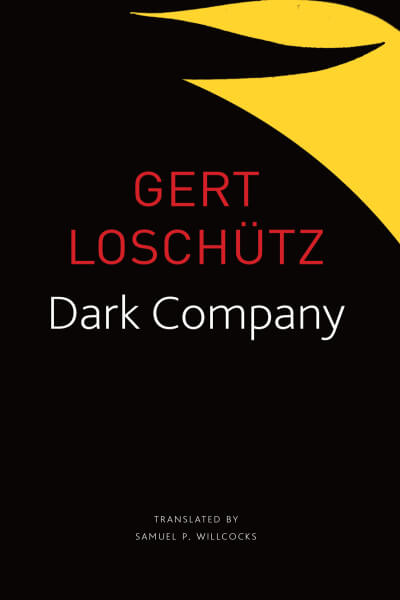 Dark Company tells the tale of Thomas and his highly fascinating and changeable life. One in which he remembers the warning of his grandfather: Beware of dark company!

Over ten rainy nights, Thomas, an ex-bargeman who used to be skipper of his own boat, walks the muddy fields of the landlocked German interior and remembers the events that lost him his home, his boat, and his livelihood: his apprenticeship in the cold halls of the Royal Naval College in London; the dangers of the mean streets and waterfront of New York in the 1970s, and Poland under martial law; Germany after the reunification, when for a year or so it seemed that the whole country drifted rudderless, drawn by the current of history to who knows where. In this novel from Gert Loschütz, Thomas remembers childhood, his first love, and the warnings of his grandfather: Beware the dark company! This mysterious band of men and women dressed in black cast a shadow over his story, as he wrestles with the secrets, the unplumbed depths of his soul, the hazards lurking below a seemingly placid surface, and throughout it all, the rain, falling night after night. Dark Company is a superb example of a distinctly German tradition in weird fiction which claims its roots in Kafka and Herbert Rosendorfer.

The author is a prolific German writer who has to his credit highly-praised novels such as Dunkle Gesellschaft (Dark Company), shortlisted for the German Book Prize in 2005, and Ein Schönes Paar (A Fine Couple), a nominee for the 2018 German Book Prize. He has also written books for children, a story collection, and works for the theatre and radio. His work has been recognized with several awards and stipends. He lives with his family in Berlin.