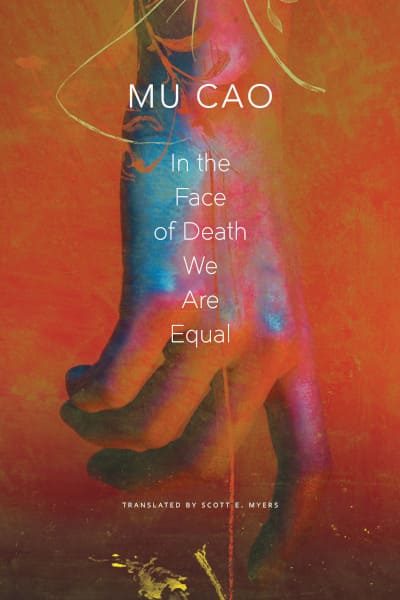 In the Face of Death We Are Equal

In the Face of Death We Are Equal is an unrelentingly realistic portrait of working-class gay men in the underbelly of Chinese society.

‘Those who know me call me Old He, and they also know that I’ve worked in a crematorium for my entire life.’ Here begins Mu Cao’s novel In the Face of Death We Are Equal, an unrelentingly realistic portrait of working-class gay men in the underbelly of Chinese society. He Donghai is days away from his sixtieth birthday and long-awaited retirement from his job as a corpse burner at a Beijing crematorium. As he approaches the momentous day, he reflects on his life and his relationship with a special group of young men who live and love on the margins of Chinese society. One of them is Ah Qing, a young migrant worker who leaves his village in Henan Province to earn a living in cities—and who has an unexpected personal connection to He. Through a disrupted and nonlinear narrative technique, and alternating between first, second, and third person, In the Face of Death We Are Equal tells the story of Ah and other young men like him.

The author was born in Henan Province, China, in 1974. He has no diplomas, is not a member of the Chinese Writers’ Association, and publishes almost entirely outside of official channels. He has been described as a ‘folk poet’ and a ‘voice from the bottom of Chinese society’. His avant-garde novels, poetry collections and short story collections include In the Face of Death We Are Equal, The Transsexual Age, A Treasured Book of Sunflowers, Selected Poems of Mu Cao, and Scream of a Hundred Lan Yus. He lives in Zhengzhou, Henan Province.

The translator translates Chinese with a special focus on contemporary queer fiction. He holds a B.A. in philosophy from Hampshire College and master’s degrees from New York University, the Middlebury Institute of International Studies at Monterey, and the University of Chicago. A former union organizer who has done solidarity work in China’s labour movement, his translation of the diary of a retail worker in China appears in the book Walmart in China. In 2016 his translation of one of China’s earliest queer novels, Beijing Comrades, was published by the Feminist Press. His current book project is Paper Marriage, an English translation of Taiwanese author Chen Ruoxi’s 1986 novel Zhihun.