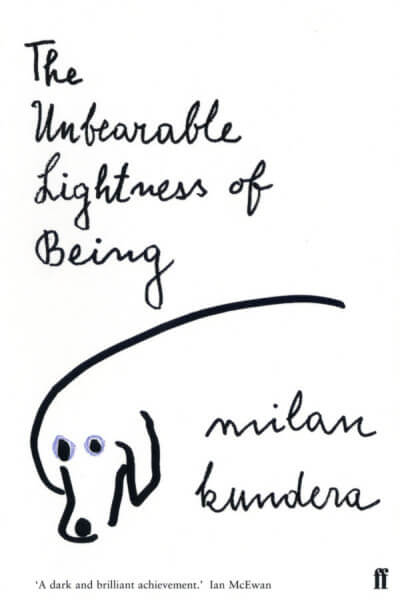 The Unbearable Lightness of Being

The Unbearable Lightness of Being is a masterly novel of irreconcilable love which encompasses the extremes of comedy and tragedy.

The Unbearable Lightness of Being is a story of irreconcilable loves and infidelities in which Milan Kundera addresses himself to the nature of twentieth-century ‘Being’ In a world in which lives are shaped by irrevocable choices and by fortuitous events, a world in which everything occurs but once, existence seems to lose its substance, its weight. We feel, says the novelist, ‘the unbearable lightness of being’ – not only as the consequence of our private acts but also in the public sphere, and the two inevitably intertwine.

The author was born in Brno, Czechoslovakia. was a student when the Czech Communist regime was established in 1948, and later worked as a labourer, jazz musician and professor at the Institute for Advanced Cinematographic Studies in Prague. After the Russian invasion in August 1968, his books were proscribed. In 1975, he and his wife settled in France, and in 1981, he became a French citizen. He is the author of the novels The Joke, Life is Elsewhere, Farewell Waltz, The Book of Laughter and Forgetting, The Unbearable Lightness of Being, and Immortality, and of the short-story collection Laughable Loves – all originally in Czech. His most recent novels, Slowness, Identity and Ignorance, as well as his non-fiction works The Art of the Novel and Testaments Betrayed, were originally written in French.