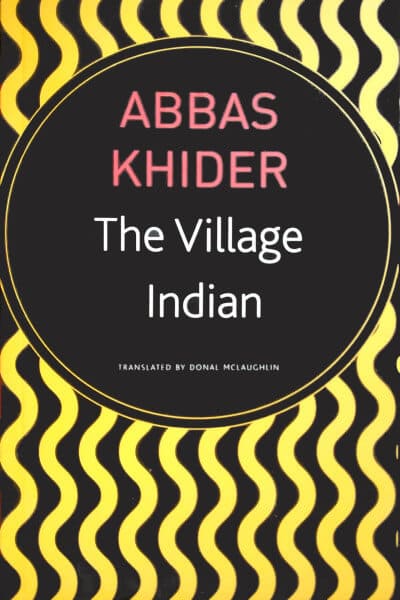 The Village Indian sheds light on the hardships and dangers of life as a refugee. Here the protagonist flees from Iraq and tries to find new ways back home.

From Iraq via Northern Africa through Europe and back again, Abbas Khider deftly blends the tragic with the comic, and the grotesque with the ordinary, in order to tell the story of suffering the real and brutal dangers of life as a refugee—and to remember the haunting faces of those who did not survive the journey. This is a stunning piece of storytelling, a novel of unusual scope that brings to life the endless cycle of illegal entry and deportation that defines life for a vulnerable population living on the margins of legitimate society. Translated by Donal McLaughlin, The Village Indian provides what every good translation should: a literary looking glass between two cultures, between two places, between East and West.

The author was a political prisoner in Saddam Hussein’s Iraq. He got a German asylum in 2000 and then studied philosophy and literature. He was awarded the Adelbert von Chamisso Förderpreis in 2010 and the Hilde Domin Prize for literature in exile in 2013.