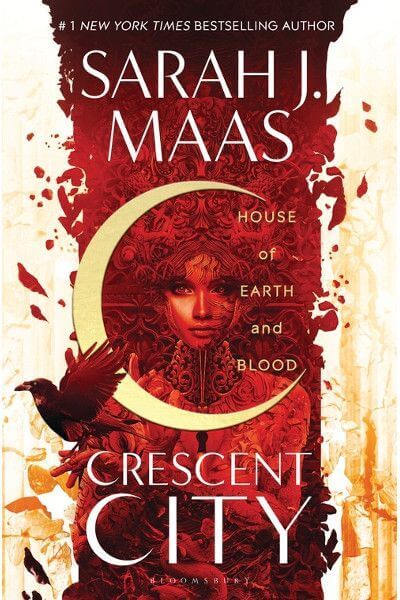 House of Earth and Blood

With unforgettable characters and page-turning suspense, this richly inventive new fantasy series delves into the heartache of loss, the price of freedom – and the power of love.

Half-Fae, half-human Bryce Quinlan loves her life. Every night is a party and Bryce is going to savour all the pleasures Lunathion – also known as Crescent City – has to offer. But then a brutal murder shakes the very foundations of the city, and brings Bryce’s world crashing down.

Two years later, Bryce still haunts the city’s most notorious nightclubs – but seeking only oblivion now. Then the murderer attacks again. And when an infamous Fallen angel, Hunt Athalar, is assigned to watch her every footstep, Bryce knows she can’t forget any longer.

As Bryce and Hunt fight to unravel the mystery, and their own dark pasts, the threads they tug ripple through the underbelly of the city, across warring continents, and down to the deepest levels of Hel, where things that have been sleeping for millennia are beginning to stir …

Sarah J. Maas is the #1 New York Times and internationally bestselling author of the Throne of Glass, A Court of Thorns and Roses and Crescent City series. Her books have sold more than nine million copies and are published in thirty-seven languages. A New York native, Sarah currently lives in Pennsylvania with her husband, son and dog.