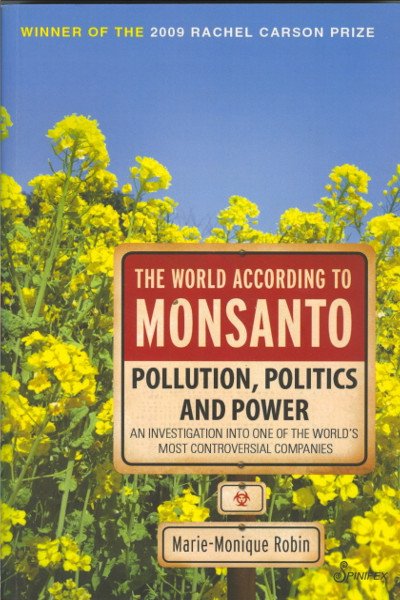 The World According to Monsanto: Pollution, Politics and Power

The World According to Monsanto tells the little known yet shocking story of this agribusiness giant, the world’s leading producer of GMOs (genetically modified organisms) its new and dubious “green” face and its problematic PCB and Agent Orange soaked past.

An explosive expose of the disturbing practices of one of the world’s most influential multinational agricultural corporations. The result of a remarkable three-year-long investigation that took award-winning journalist and documentary filmmaker Marie-Monique Robin across four continents, The World According to Monsanto tells the little known yet shocking story of this agribusiness giant, the world’s leading producer of GMOs (genetically modified organisms) its new and dubious “green” face and its problematic PCB- and Agent-Orange-soaked past. Robin reports that, following its long history of manufacturing hazardous chemicals and lethal herbicides, Monsanto is now marketing itself as a “life sciences” company, seemingly convinced about the virtues of sustainable development. However, Monsanto now controls the majority of the yield of the world’s genetically modified corn and soy ingredients found in a high percentage of households and its legal and political tactics to maintain this monopoly are the subject of worldwide concern. Released to great acclaim and controversy in France, throughout Europe, and in Latin America alongside the documentary film of the same name, The World According to Monsanto is sure to change the way we think about food safety and our food supply.