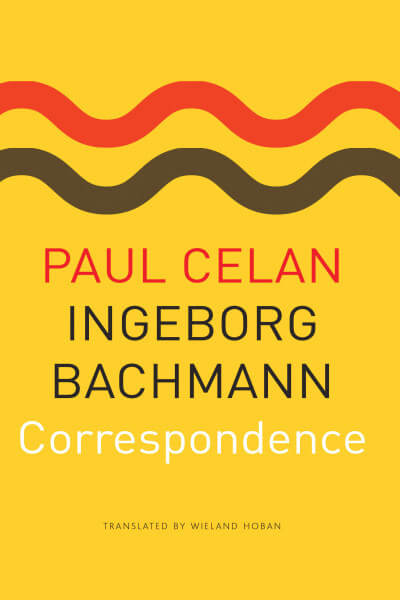 Paul Celan (1920–70) is one of the best-known German poets of the Holocaust; many of his poems, admired for their spare, precise diction, deal directly with its stark themes. Austrian writer Ingeborg Bachmann (1926–73) is recognized as one of post–World War II German literature’s most important novelists, poets and playwrights. It seems only appropriate that these two contemporaries and masters of language were at one time lovers, and they shared a lengthy, artful and passionate correspondence.

Collected here for the first time in English are their letters written between 1948 and 1961. Their correspondence forms a moving testimony of the discourse of love in the age after Auschwitz, with all the symptomatic disturbances and crises caused by their conflicting backgrounds and their hard-to-reconcile designs for living—as a woman, as a man, as writers. In addition to the almost 200 letters, the volume includes an important exchange between Bachmann and Gisèle Celan-Lestrange, who married Celan in 1951, as well as the letters between Paul Celan and Swiss writer Max Frisch, who was Bachmann’s lover for four years.

Paul Celan was born into a German-speaking Jewish family in Romania; he lived in France and wrote in German. His works are collected in English in Poems of Paul Celan: A Bilingual German/English Edition and Selected Poems and Prose of Paul Celan, among other books.

The translator is a British composer who lives in Germany. He has translated several works from German, including many by Theodor W. Adorno.