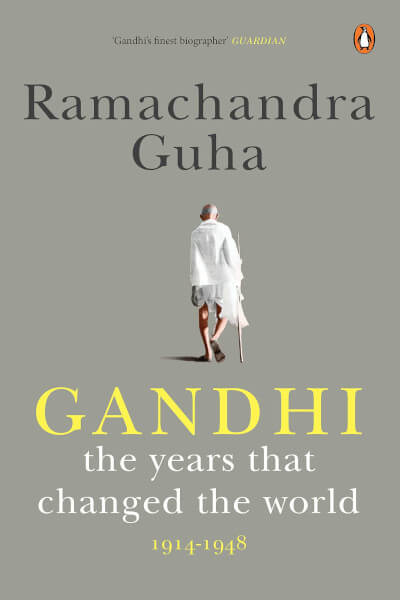 Drawing on archival materials, Gandhi: The Years That Changed the World, 1914-1948 traces the Mahatma’s life over the three decades preceding his assassination.

Beginning in July 1914, as Mohandas Gandhi leaves South Africa to return to India, Gandhi: The Years That Changed the World, 1914-1948 traces the Mahatma’s life over the three decades preceding his assassination. Drawing on new archival materials, acclaimed historian Ramachandra Guha follows Gandhi’s struggle to deliver India from British rule, to forge harmonious relations between India’s Hindus and Muslims, to end the pernicious practice of untouchability and to nurture India’s economic and moral self-reliance. Guha shows how, in each of these campaigns, Gandhi adapted methods of non-violence that successfully challenged British authority and influenced revolutionary movements throughout the world. A revelatory look at the complexity of Gandhi’s thinking and motives, the book is a luminous portrait of the man himself, as well as his family, friends, colleagues, rivals and adversaries.

The author is a historian whose many books include a pioneering work of environmental history (The Unique Woods>/em>, 1989), an award-winning social history of sport (A Corner of a Foreign Field, 2002) and a widely acclaimed, bestselling work of contemporary history (India after Gandhi, 2007). The first volume of his landmark biography of Gandhi, Gandhi Before India was published in 2013.