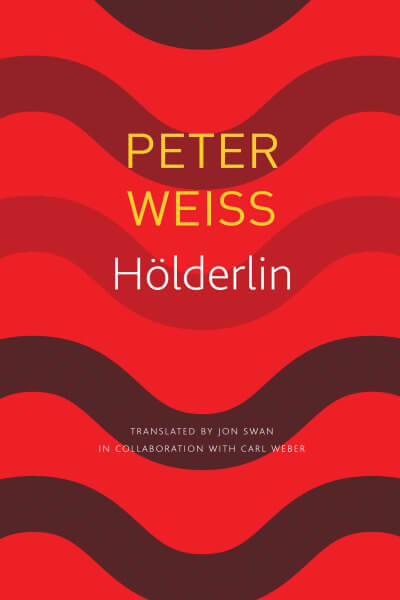 Hölderlin: A Play in Two Acts

Hölderlin is a biography of Friedrich Hölderlin, one of Germany’s greatest poet’s life, in the form of a two-act drama.

In Hölderlin, distinguished German playwright Peter Weiss brings to the page the life and times of one of Germany’s greatest poets. Like Trotsky in Exile, Hölderlin presents a biography in the form of a two-act drama. Following its opening in 1971 in Stuttgart, the play was staged numerous times in Germany and Switzerland, and as Robert Cohen explains in his introduction, it was “greeted by accolades as well as by intense criticism since Weiss had dared to revise the image of one of the great heroic figures of German Culture.” Weiss explains that he was motivated “to describe something of the conflict that arises in a person who suffers to the point of madness from the injustices, the humiliations in his society, who completely supports the revolutionary upheavals, and yet does not find the praxis with which the misery can be remedied.” The resulting dramatic biography is as captivating and divisive today as it was forty years ago, and it has yet to be matched by any other biographic treatment of Hölderlin. Presented here for the first time in English, Weiss’s play is a lyrical investigation of the intense and influential poems of Hölderlin and the turbulent life behind them.

The author (1916-82) was a German playwright, novelist, filmmaker and painter, best known for his plays Marat/Sade (1963) and The Investigation and the three-part novel The Aethetics of Resistance.

Jon Swan is the author of two collections of poems and a collection of one-act plays.

Carl Weber is professor emeritus of directing and dramaturgy at Stanford University.