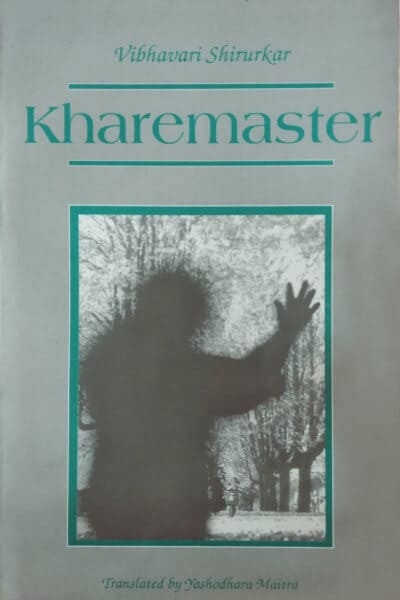 Kharemaster is the extraordinary true story of the author’s father Anant Khare. He made sure that his daughters were educated to the highest level.

An extraordinary true story of Anant Khare, an ordinary drawing teacher living and working near Pune at the beginning of the twentieth century. He decided that his contribution to the nationalist movement would be to ensure that his daughters were educated to the highest level. By the twenties his daughters were independent, single, career women at a time when their peers had been married by the age of ten. His wife too was running a flourishing dairy. Yet Kharemaster felt inadequate against his better-educated daughters and sons, all adept in a world seemingly out of his reach. Writing about her father at the age of 88, his daughter Balutai, under her penname Vibhavari Shirurkar, narrates what she begins as a biography and then turns into a novel. She is as unflinchingly honest about herself as she is about her father. She relates how after witnessing their achievements he felt increasingly isolated and lonely. Were the children responsible?Quite simply there was no undoing the past.

Malatibai Bedekar, (‘Vibhavari Shirurkar’) was born Balutai Anant Khare in 1905. She graduated from Karve University at the age of seventeen and went on to do her Ph.D. in Sanskrit. She is a distinguished writer and her main focus is on women’s issues and social oppression. Among her books in Marathi are Kalyanche Nishwas (1933), Hindolyavar (1934), Bali (1950). She died in 2000.