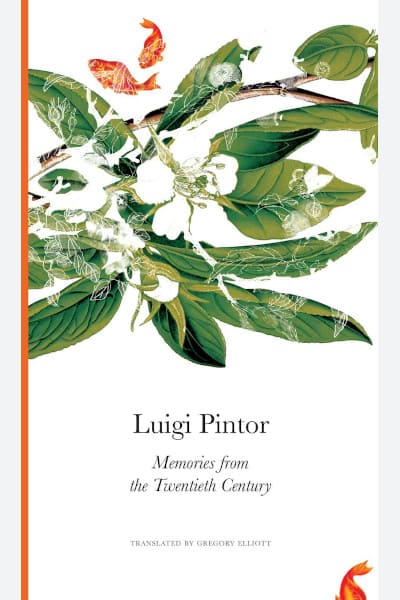 Memories from the Twentieth Century

Memories from the Twentieth Century is a collection of three books in which the author retraces a life marked, often in spite of itself, by politics.

In these three short books–Servabo: A Fin De Siècle Memoir, Miss Kirchgessner, and The Medlar Tree, collected in one volume in English for the first time–the author retraces a life marked, often in spite of itself, by politics. At once intransigent and ironic, these autobiographical texts are written to reorder in the imagination things that don’t add up in reality.

From the idyll of his Sardinian childhood to the transformative experience of the anti-Fascist resistance, and from post-war militancy to the dismal regression of Italian culture, Pintor captures memories that are intensely personal and inseparable from political and intellectual experience. Episodes and observations recur across all three books, but the tropes of autobiography are insistently displaced. Sparse and evocative prose, borrowing from the aphorism and fable, struggles to give form to personal and political despair, while the author never relents on the attachments and convictions that shape a life.

The author (1925-2003) was co-founder and later editor-in-chief of the independent communist newspaper Il manifesto, and one of Italy’s foremost political journalists. He was elected to the Italian Chamber of Deputies as a member of the Italian Communist Party, which he left after the 1968 Soviet invasion of Czechoslovakia. After the end of his political career in the 1980s, Pintor continued to write for Il manifesto until his death.

The translator was educated at Balliol College, Oxford, where he completed his DPhil on Louis Althusser in 1985. An independent translator and writer, his books include Perry Anderson: The Merciless Laboratory of History (1998). His translations include Luc Boltanski and Eve Chiapello’s The New Spirit of Capitalism (2006) and Luigi Pintor’s Memories from the Twentieth Century (2013).