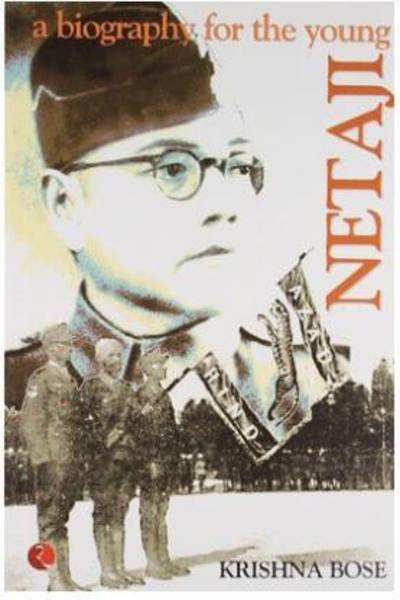 Netaji: a Biography for the Young

This biography of Netaji Subhas Chandra Bose for the young, the book will help inculcate in the Rising generation feelings of patriotism, national oneness, self-sacrifice for a greater cause, courage, and a concern for the poor – qualities of which Netaji was the shining example.

In January 1941, Netaji made a dramatic escape from his Calcutta residence where he had been kept under house arrest by the British. Prior to that, he had been a member of the Indian civil services, but resigned to fight for his country’s independence. His public life was stormy and eventful, culminating in his appointment as Congress president even against the wishes of Mahatma Gandhi. He organized the Indian National Army, turning men into officers, uniting them in the country’s cause, irrespective of religion, caste, sect or region. The Red Fort trials revealed his story, as well as that of the Ina, to the Indian people, inspiring them to rise one last time against the British before finally being granted independence.

Krishna Bose is an eminent writer, educationist and parliamentarian. She has taught English at the University of Calcutta and is the author of many books and articles, including An Outsider in Politics, Smriti-Bismriti, Ek Nambar Bari and Charanarekha Tata. She has been a three time member of the Indian parliament, serving in the 11th, 12th and 13th Lok Sabhas. She has also served as the chairperson of the Parliamentary standing committee on external affairs. She is the chairperson of the Netaji Research Bureau, president of the Institute of Child Health, Calcutta, chairperson of the Centre of Archaeological Studies and Training, Eastern India and president of the Vivek Chetana. She is also vice chairperson of PEN, West Bengal and continues to be actively involved in public work.