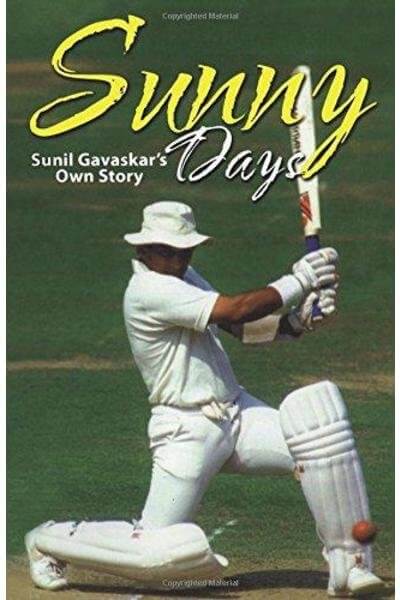 Sunny Days is the fascinating record of the growth of India’s greatest batsman; one whose astonishing feats on the cricket field have had innumerable records rewritten, and yet more difficult targets set.

Sunny Days is the fascinating record of the growth of India’s greatest batsman; one whose astonishing feats on the cricket field have had innumerable records rewritten, and yet more difficult targets set.

How did Sunil Manohar Gavaskar begin and what were the early days like? It is not merely out of curiosity that one may ask the question; the knowledge of the shaping up of the process of greatness is essential for a true understanding of the greatness. Before we can ask the Little Master to tell us about the dizzying heights of his career we need to know the beginning. And Sunny Days is all about it.

The baby is switched after birth, luckily restored by an eagle-eyed uncle; he grows up and almost breaks his mother’s nose with a mighty hit (a childhood habit persisting in later life); plays good cricket in school and college; graduates inevitably through university and Trophy cricket; is at times booed by the crowd as his uncle happens to be a Selector – in fact all that could happen does happen to make him reach the age of twenty-one, when at Port of Spain Gavaskar bursts upon the cricket scene with his Test debut.

The year is 1971, Gavaskar’s year, and sunny days have truly begun for Indian cricket. By the end of the 1975-76 season Gavaskar has played 147 first class matches, amassed 11574 runs and 38 hundreds. He has played in 24 matches in 8 Tests, with 2123 runs and 8 hundreds. Still eight years to go for the great days of the Kotla and the Chidambaram Stadium; but as it is said, in the beginning is the end.

Gavaskar has played Test cricket for India all over the world, besides playing regularly for the Ranji Trophy, Irani cup and Duleep Trophy. He remains one of cricket’s best-known gentlemen. Readers and cricket lovers will remember how often and how generously he praises other cricketers and how modest he is about his own achievements. With 34 Test centuries to his credit, Gavaskar surpassed Sir Donald Bradman’s 35-year-old record of 29 Test centuries. He has been a regular contributor to various newspapers and magazines, while also being a commentator on television.