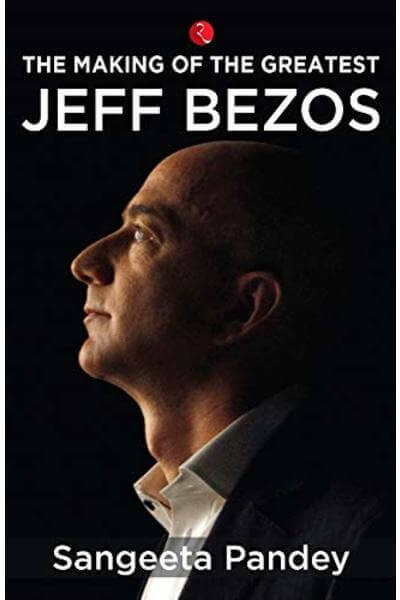 The Making of the Greatest Jeff Bezos

This book looks at some of the defining moments and key incidents from the life of Jeffrey Preston Bezos, the world’s first centibillionaire, and the journey he undertook to make Amazon the most valued company in the world.

The story of Jeff Bezos, a man who redefined innovation, leadership and, of course, wealth.

This book looks at some of the defining moments and key incidents from the life of Jeffrey Preston Bezos, the world’s first centibillionaire, and the journey he undertook to make Amazon the most valued company in the world.

Amazon’s brilliant, visionary founder, Jeff Bezos, continues to be the driving force behind the company’s astounding and continued success. From being on the verge of bankruptcy during the 1990s, Amazon is now a household name. Even after achieving so much, Jeff ’s passion for innovation has only increased. His new pet project—Blue Origin—aims to make space travel affordable in order to colonize other planets.

Clearly, Jeff has taken the meaning of ‘long-term vision’ to another level.

A role model to entrepreneurs across the world, this is a man who can predict tomorrow better
than anyone else.

Sangeeta Pandey is a senior journalist, writer and freelance editor. She is also a consultant(visiting faculty) at Amity University, where she teaches mass communication. She lives in Lucknow with her family and dogs. She likes to travel, listen to music and read. Once in a while, she likes to get away from the city’s hustle and bustle and spend time at her farm, surrounded by nature.The race for which Singh is best remembered is his fourth-place finish in the 400 metres final at the 1960 Olympic Games, which he had entered as one of the favourites. He led the race till the 200m mark before easing off, allowing others to pass him. Various records were broken in the race, which required a photo-finish and saw American Otis Davis being declared the winner by one-hundredth of a second over German Carl Kaufmann. Singh’s fourth-place time of 45.73 became the Indian national record and held for almost 40 years