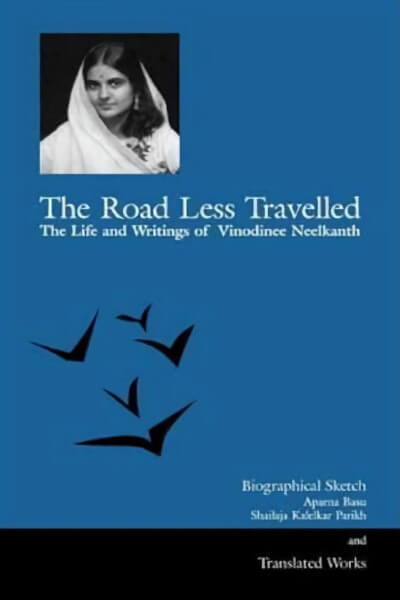 The Road Less Travelled: The Life and Writings of Vinodinee Neelkanth

The Road Less Travelled presents, in two parts, a biographical sketch and a corpus of Vinodinee Neelkanth’s writings.

Presenting the life and work of Vinodineeben Neelkanth (1907-1987), this book is a portrait of a woman who played many roles with distinction: as a social activist, a champion of women’s rights, in the struggle for independence and as a journalist who wrote the column ‘Ghargharni Jyoti’ in the daily Gujarat Samachar that made her famous among both women and men. Most of her journalistic writings aimed at encouraging women to speak up for themselves and take control of their lives. She may be regarded as one of the precursors of feminist literature of Gujarat. The book traces the social milieu in which she grew up and lived, capturing the immense political and social changes that were coming about by a rapid state of modernization and urbanization in the early twentieth century. The translation, for the first time, of her works into English, reveals her critical public gaze on many an institution and practice that had long been held sacred and inviolate.

The author was a noted litterateur, newspaper columnist and social worker. She was born in Ahmedabad, Gujarat. She attended primary school at Mahalakshmi Training College. She went to secondary school at Government Girls High School. In 1928, she completed her Bachelor of Arts with English as her primary subject and Gujarati as a secondary language. In 1930, she went to University of Michigan to study for her Masters in Social Science and Education.

She was chief of the Vanita Vishram, an institute in Ahmedabad. She was also the Headmistress of the Municipal Girls High School in Ahmedabad. Later she became a professor at the S. N. D. T Mahila Pathshala. She also wrote columns in newspapers. She was a member of the executive committee of the Gujarat Vidhya Sabha.