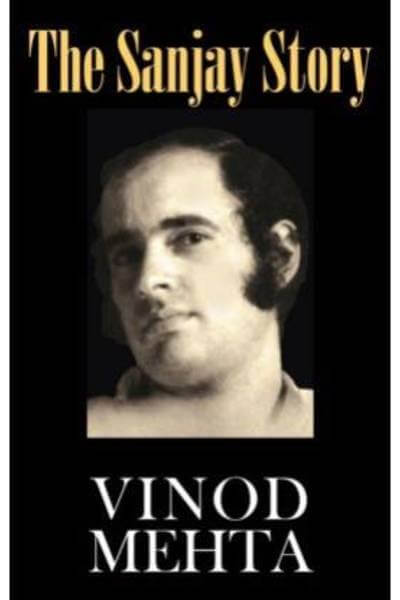 Vinod Mehta distils his observations and insights into the Sanjay Gandhi phenomenon and its impact on the national scene. In his compelling, honest style, Mehta sifts facts from rumours and gets to the core of Sanjays dramatic emergence after the declaration of Emergency. Containing a new introduction by the author, The Sanjay Story allows readers to look with the benefit of hindsight at the rise and fall of one of independent Indias most controversial figures.

Why did a nation of over 600 million people bow to the whims and fancies of a prime minister’s pampered son? Close to four decades later, that question still bears asking.

Ringside to these developments was Vinod Mehta, perhaps the best-known name in the Indian journalism. Mehta distils his observations and insights into this appraisal of the Sanjay Gandhi phenomenon, and its impact on the national scene. The story starts at the Nehru family home, and Feroze Gandhi’s relationship with the Nehrus, particularly Kamala and Indira. Key to understanding their son’s volatile personality are the complexes and insecurities that plagued the Indira-Feroze marriage.

In his compelling, honest style, Vinod Mehta sifts facts from rumours, and gets to the core of Sanjay’s dramatic emergence after the declaration of Emergency. His capturing of the Youth Congress, the excesses of the sterilization campaign (which he thought, rightly, would ensure his place in history), and his obsession with cars, which led to the establishment of the Maruti factory, are all brought out in telling detail, as is the media’s role in building the Cult of Sanjay.

The Sanjay Story allows readers to look with the benefit of hindsight at the rise and fall of one of independent India’s most controversial figures.

Vinod Mehta (1942-2015) left home with a BA third class degree, experimented with a string of jobs, including that of a factory hand in suburban Britain, before accepting an offer to edit Debonair. He went on to become one of Indias most influential editors, launching a number of successful publications from the Sunday Observer to Pioneer to Outlook. Vinod Mehta has authored a biography of Meena Kumari (2013) and published (in 2001) a collection of his articles under the title Mr Editor, How Close Are You to the PM? His much acclaimed memoir, Lucknow Boy, was published in 2011