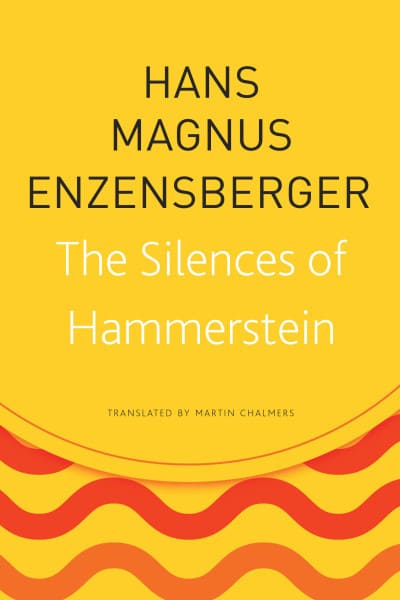 The Silences of Hammerstein

The Silences of Hammerstein tells the story of real-life German General Kurt von Hammerstein and his wife and children. He was the last commander of the German army prior to Hitler seizing power.

The Silences of Hammerstein engages readers with a blend of a documentary, collage, narration and fictional interviews. The gripping plot revolves around the experiences of real-life German General Kurt von Hammerstein and his wife and children. A member of an old military family, a brilliant staff officer and the last commander of the German army before Hitler seized power, Hammerstein, who died in 1943 before Hitler’s defeat, was nevertheless an idiosyncratic character. Too old to be a resister, he retained an independence of mind that was shared by his children: three of his daughters joined the Communist Party, and two of his sons risked their lives in the July 1944 Plot against Hitler. Hammerstein never criticized his children for their activities; he maintained contacts with the Communists and foresaw the end of Hitler’s dictatorship. This is a brilliant and unorthodox account of the military milieu whose acquiescence to Nazism consolidated Hitler’s power and of the heroic few who refused to share in the spoils.

The author often considered Germany’s most important living poet, is also the editor of the book series Die Andere Bibliothek and the founder of the monthly TransAtlantik. He has been honoured with numerous prestigious prizes, including the Georg Büchner Prize (1963), the Heinrich Böll Prize (1985) and, more recently, a special Lifetime Recognition Award given by the trustees of the Griffin Trust for Excellence in Poetry in 2009.

The translator (1948–2014) was an editor living in Berlin, who translated works by Elfriede Jelinek, Thomas Bernhard, Peter Handke, Hans Magnus Enzensberger, and Alexander Kluge, among others. In 2004, he won the prestigious Schlegel-Tieck Prize for his translation of The Lesser Evil: The Diaries of Victor Klemperer, 1945–59. He was married to author and translator Esther Kinsky.