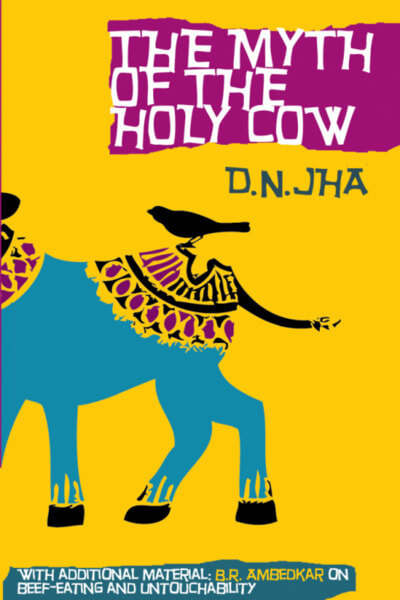 The Myth of the Holy Cow

The Myth Of The Holy Cow presents D. N. Jha’s research on the prevalence of beef-eating practices in ancient India, shattering the perception of sanctity that has been associated with the cow in India.

The cow has long been considered a symbol of the religion of Hinduism, and therefore of holiness, in India. Killing this animal, let alone eating it, would be sacrilegious for Hindus. The general perception among Hindus is that the slaughtering of cows for food began with the Muslim conquests in India. But according to the author’s research, killing cows for meat was a prevalent practice in ancient India.

In The Myth Of The Holy Cow, the author reveals that in ancient times, Hindus and Buddhists ate beef. According to him, the cow earned its status as the holy animal of Hinduism only in the eighteenth and nineteenth centuries. The book states that hindus regularly used cows both as part of dietary traditions and as offerings to God.

Dwijendra Narayan Jha is a historian, a former professor of the University of Delhi. He was also a National Lecturer in History and General President, Indian History Congress. He is the author of Rethinking Hindu Identity, Early India: A Concise History and The Myth of the Holy Cow. Most of his writings have been translated into several Indian and foreign languages.