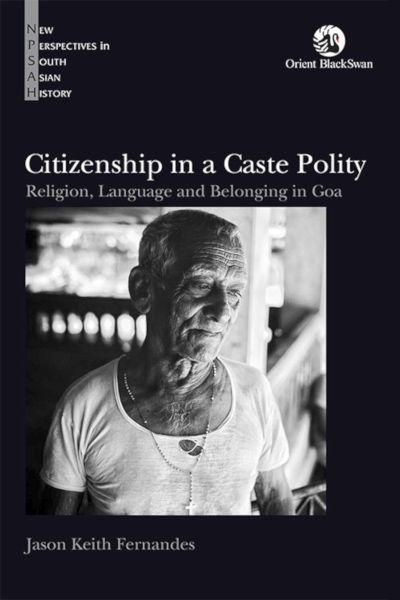 Citizenship in a Caste Polity: Religion, Language and Belonging in Goa

Citizenship in a Caste Polity: Religion, Language and Belonging in Goa studies the contestations around the demand that Konkani in the Roman script also be officially recognised and given equal status as that in the Devanagari script.

In the mid-1980s, after a spate of mass demonstrations, violent protests and political mobilising in Goa, Konkani was declared the official language of the Goan territory. However, Konkani was recognised only in the Devanagari script, one of two scripts used for the language in Goa, the other being the Roman script. Set against this historical background, Citizenship in a Caste Polity: Religion, Language and Belonging in Goa studies the contestations around the demand that the Roman script also be officially recognised and given equal status.

Based on meetings and conversations with individuals involved in this mobilisation, the author explores the interconnected themes of language, citizenship and identity, demonstrating how, by deliberately excluding the Roman script, the largely lower-caste and lower-class Catholic users of this script were denoted as less-than-authentic members of civil society.

As citizens of a former Portuguese territory, the Goan Catholics’ experience of Indian citizenship does not fall entirely within the framework of British Indian history. This allows for a construction of the post-colonial Indian experience from outside of the British Indian framework, and its focus on Catholics enables a more nuanced study of Indian secularism, while also studying a group that has remained largely underrepresented in research.