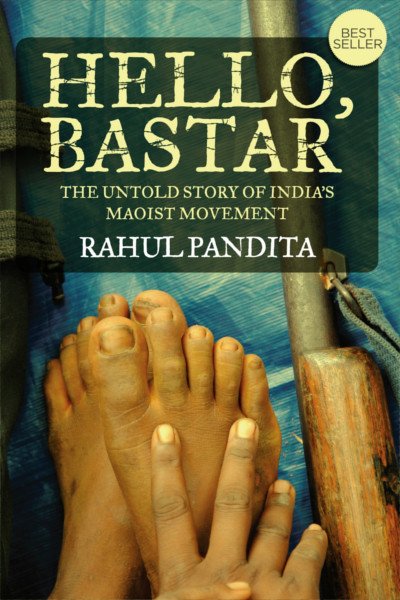 In The Untold Story Of India’s Maoist Movement, Rahul Pandita presents his decade-long study of the Indian Maoist movement in all its harsh, unvarnished reality.

The narrative begins with the ideological union of a handful of people, both men and women, that led to the establishment of a guerrilla base in Bastar, Central India, in 1980. These people with the idea of revolution in their minds, created a powerful movement that sought to fight the Indian establishment on behalf of the country’s poverty-stricken and marginalized citizens. The movement, which subsequently morphed into what is termed the Maoist movement, is now firmly entrenched in ten Indian states, and is perceived as the biggest threat to India’s internal security.

The book provides powerful and in-depth insight into the Maoist movement, including a tremendous amount of information on the goals of the movement, its recruitment process, its party structure, the lives of its members, and the functioning of its squads. It is backed by the author’s research which stems from his conflict-reporting experiences and interviews with numerous Maoist leaders. From the story of the first member who died for the cause, to the work of its top leaders like Kobad Ghandy, Anuradha Ghandy, and Ganapathi, the book highlights the lives of the Maoists and their dedication to the cause.

The Untold Story Of India’s Maoist Movement was first published in 2011 by Westland / Tranquebar Press. It has garnered critical acclaim for its unflinching analysis of India’s Maoist movement in the backdrop of firsthand reportage straight from the guerrilla camp.

Rahul Pandita is an Indian journalist.

He has written books like Hello Bastar: The Untold Story Of India’s Maoist Movement, and Chinar In My Veins. He has also co-authored The Absent State.

His writing focuses on the impact of insurgency, and the turbulence and ravages of war. His life and writing have been greatly inspired by the likes of Salman Rushdie, Mohsin Hamid, and V. S. Naipaul.

Pandita was born in Srinagar in the Kashmir Valley, India. At the age of fourteen, he was one among thousands to be forced into exile by Islamic radicals. His career as a journalist has taken him to war zones in Kargil, Sri Lanka, and Iraq. He has also worked for the Indian Express, Zee News, and Aaj Tak. His contribution to the field of journalism has won him several awards, such as the International Red Cross Award for conflict reporting, the Oxford e-author award, and the Northeast Media Fellowship. Pandita is currently based in New Delhi. He is the associate editor of Open Magazine. He spends his leisure time reading, playing chess, or watching classic movies.