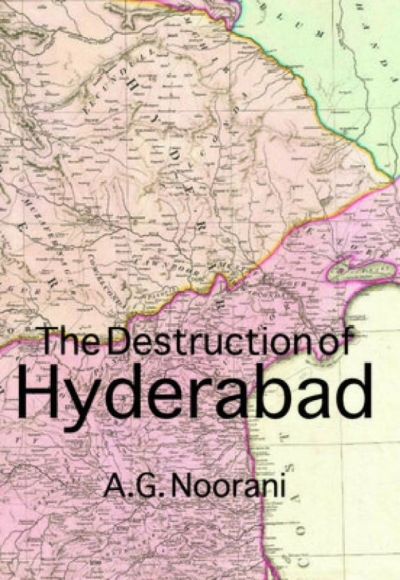 The Destruction of Hyderabad

The fascinating story of the fall of the Indian princely state of Hyderabad has till now been dominated by the ‘court historians’ of Indian nationalism.

In this book A. G. Noorani offers a revisionist account of the Indian Army’s ‘police action’ against the armed forces and government of Hyderabad, ruled by the fabulously wealthy Nizam. His forensic scrutiny of the diplomatic exchanges between the government of India and the government of Hyderabad during the Raj and after partition and independence in 1947 has unearthed the Sunderlal Committee report on the massacre of the Muslim population of the State during and after the ‘police action’ (knowledge of which has since been suppressed by the Indian state) and a wealth of memoirs and first- hand accounts of the clandestine workings of territorial nationalism in its bleakest and most shameful hour. He brings to light the largely ignored and fateful intervention of M. A. Jinnah in the destruction of Hyderabad and also accounts for the communal leanings of Patel and K. M. Munshi in shaping its fate. The book is dedicated to the ‘other’ Hyderabad: a culturally syncretic state that was erased in the stampede to create a united India committed to secularism and development.

A. G. Noorani is an Advocate, Supreme Court of India, and a leading constitutional expert and political commentator. He is a regular columnist for Frontline and the author of, inter alia, Jinnah and Tilak: Comrades in the Freedom Struggle and Indian Political Trials 1775 – 1947.