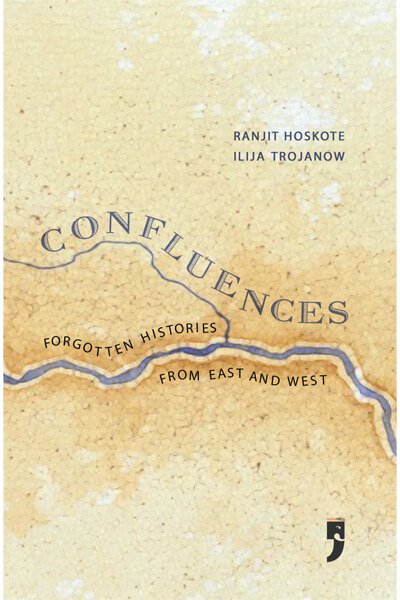 This is the tale defining the tide of national and cultural neo-tribalism sweeping the world from North America and Europe to India and the Arab countries. The authors of this book tell that no culture has ever been pure, no tradition self-enclosed and no identity is monolithic.

Defying the tide of national and cultural neo-tribalism sweeping the world from North America and Europe to India and the Arab countries, Ranjit Hoskote and Ilija Trojanow argue that the lifeblood of culture is confluence, the mingling of dissimilar and even contrary elements. No culture has ever been pure, no tradition self-enclosed, no identity monolithic.

This condition is organic to a planet knit together by transcontinental pilgrimages and transoceanic trade routes, by the motives of war, love, restlessness and inventive curiosity. Since all cultures grow from the constant merging of the familiar and the strange, the authors argue, any attempt to isolate a culture within itself will only damage that culture.

Reflecting on various societies, religious traditions and cultural blocs, Hoskote and Trojanow uncover many forgotten histories of the Other within the Self. Following the journeys of stories, ideas, people and songs, they trace the umbilical connections between Europe and Asia, Zoroastrianism and Christianity, Western revolutionary thought and the annihilatory politics of Jihad and Hindutva. Based on ten years of research and travel, Confluences employs a sophisticated assemblage of approaches, ranging from the essayistic to the poetic, from rigorous historical analysis to the playfulness of fiction.

Exhilarating in its historical scope and depth of insight, Confluences is a primer for all who are committed to leading lives enriched by diversity. This book also carries urgent political significance in an era shaped by ideologues of difference, who divide the world between an Us to be protected and a Them to be destroyed. It is a salutary guide to those perplexed by Jihadist violence, the US-led coalition’s misadventures in the Arab world, the contest between Islam and Eurocentrism, the turbulent face-off between reformist and conservative movements in North Africa, and the confrontation between Hindutva and liberalism in India.

Ranjit Hoskote is an award-winning Indian poet, cultural theorist and curator, and the author of Vanishing Acts and I, Lalla: The Poems of Lal Ded.

Ilija Trojanow is an award-winning German novelist, essayist and critic, and the author of Der Weltensammler, translated into English as The Collector of Worlds. Hoskote and Trojanow have collaborated on writing and research projects since 2000.

This book is printed on demand and hence will be shipped within 8 working days. The time taken for you to receive this book after it is shipped will depend upon the shipping mode you choose, while completing your purchase. The rates applicable for each mode are different, and will be communicated to you when you complete your purchase.