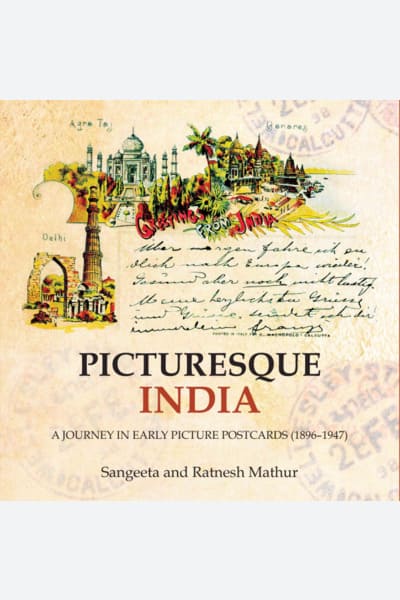 With the dawn of the twentieth century, at the height of the British Empire, came significant changes in the landscape of India—formation of new capital cities in the plains and summer retreats in the hills, evolution of towns or nagores and pores, growth of cantonment towns with their military and civil lines, development of ports or pattanams and creation of cultural, educational and trading centres, all increasingly well connected by an extensive rail, road and, later on, air network.The 550 postcards featured in this book visually document this growth, while also capturing evidences of earlier times in India’s fascinating polytemporal towns. The postcards are divided across six chapters representing six regions within India and Pakistan, as they were a hundred years back. Through these picture postcards and the supporting text, the readers can vividly imagine what it would have been like to travel by road or rail across India during the period 1896–1947. An attractive and nostalgic record of the topography of the time, these picture postcards are an untapped resource for those interested in the evolution of cities, town planning, architecture, ethnography, sociology or, simply, travel.

The authors have lived and worked in many cities in Asia and Europe. They began building a personal collection of Indian comics, books, maps, stamps, travel and film posters, music CDs and international film DVDs in the initial years of their travels. In 2003 they relocated to the Czech Republic, and after visiting central Europe’s museums and antique shops, and regularly attending hobby club meetings, they began expanding their collection with a specific aim of creating a museum back in India. They added Indian picture postcards, lithographs, antiques in glass and porcelain, coins, princely state insignia and weapons, etc. In this endeavour, their focus, however, remained on the visual history of India and its towns.