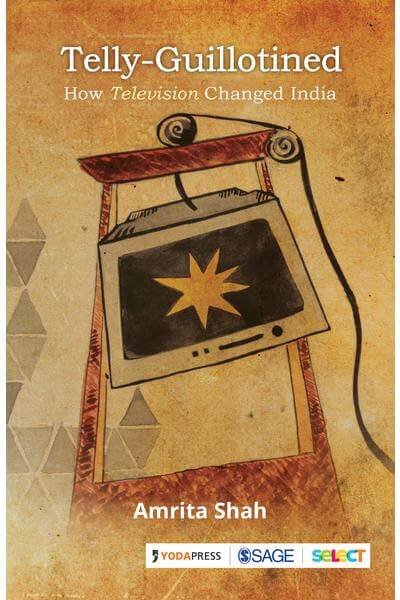 This books explores the impact that liberalization and commercialization of Indian Television has had on India.

Fist-fights in television studios, dwindling media autonomy, sensationalism, fake news, religious hate, abusive trolls, political spin … How did we get here? Three decades ago, before economic liberalization, came the expansion and privatization of Indian television. Technological innovation and easing of government controls offered the prospect of journalistic independence, artistic creativity and an empowered citizenry. This was rendered illusory by runaway growth and untrammelled commercialization. In that thwarted promise of the late 20th century lie the seeds of Indian democracy’s current crisis. Telly-Guillotined: How Television Changed India tells the story of how technology was usurped, first by propagandists, then by the market. Going behind the scenes of the world’s greatest media explosion, this book describes the impact of consumerism on the newsroom, the shaping of a new cultural politics and the rise of a new politics of seduction. In a landscape of technological innovation, blurred boundaries and sensory overload, Amrita Shah paints a picture of the Fourth Estate’s challenging future.

Amrita Shah is the author of the award-winning book Ahmedabad: A City in the World (2015) and a biography Vikram Sarabhai: A Life (2007). She has been a journalist and a writer for several decades. She has worked for Time magazine, edited features magazines Debonair and Elle and has been a contributing editor with The Indian Express. Ms Shah has received fellowships from the New India Foundation, the Homi Bhabha Fellowships Council and the Fulbright Program. She is an alumna of the Institute for Public Knowledge, New York University and has been Visiting Faculty at the Centre for Contemporary Studies, Indian Institute of Science, Bengaluru.