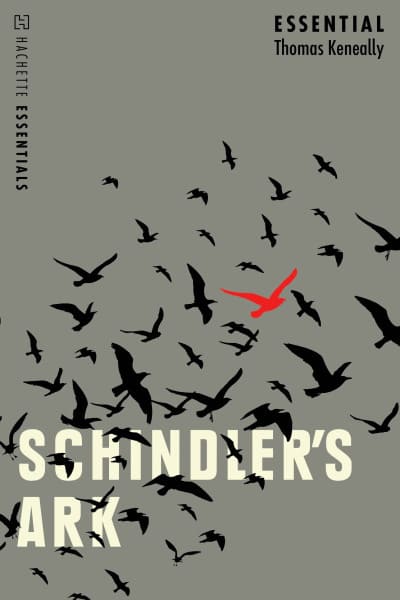 Schindler’s Ark tells the story of Oskar Schindler – a member of the Nazi party who risked everything to save more than a thousand Jews who worked for him.

In the shadow of Auschwitz, a flamboyant German industrialist grew into a living legend to the Jews of Cracow. He was a womaniser, a heavy-drinker and a bon viveur, but to them he became a saviour. This is the extraordinary story of Oskar Schindler, who risked his life to protect Jews in Nazi-occupied Poland and who was transformed by the war into a man with a mission, a compassionate angel of mercy.

Thomas Keneally’s book first brought the story of Oskar Schindler to international attention in 1982, when it won the Booker Prize. It was made by Steven Spielberg into the Oscar-winning film Schindler’s List in 1993, the year Schindler and his wife were named Righteous Among the Nations.

The author, of Irish decent, was brought up in Australia and still lives in Sydney. His novels include The Chant of Jimmie Blacksmith, Confederates (which first led him to study nineteenth century American history). Schindler’s Ark was later turned into as remarkable a film by Steven Spielberg under the title Schindler’s List.