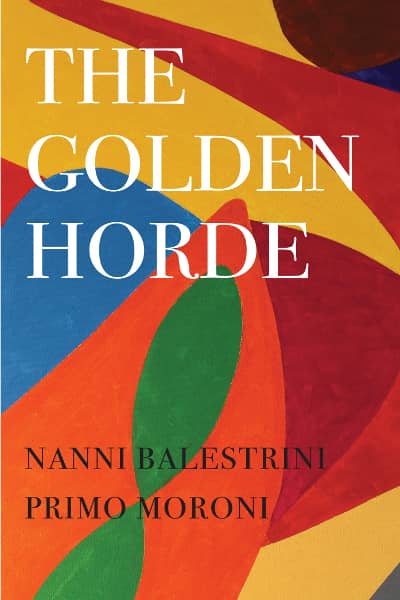 Nanni Balestrini’s book L’orda d’oro (The Golden Horde – 1988) is a milestone in the unapologetic reconstruction of the social, cultural & intellectual history of postwar Italy’s period of upheaval.

The Golden Horde is an unapologetic reconstruction of the Italian revolutionary movements of the 1960s and ’70s. An anthology of texts and fragments woven together with an original commentary, the volume widens our understanding of the full complexity and richness of this period of radical thought and practice. The book covers the generational turbulence of Italy’s postwar period, the transformations of Italian capitalism, the new analyses by worker-focused intellectuals, the student movement of 1968, the Hot Autumn of 1969, the extra-parliamentary groups of the early 1970s, the Red Brigades, the formation of a radical women’s movement, the development of Autonomia, and the build-up to the watershed moment of the spontaneous political movement of 1977.

Nanni Balestrini (1935–2019) was an Italian poet, experimental writer, visual artist and founding member of both the avant-garde Gruppo ’63 and the revolutionary organization Potere Operio.

Primo Moroni (1936–1998) was an Italian writer, activist and archivist. Founder of the Calusca bookshop in Milan, for decades he was a point of reference for radical movements and subcultures across Italy.