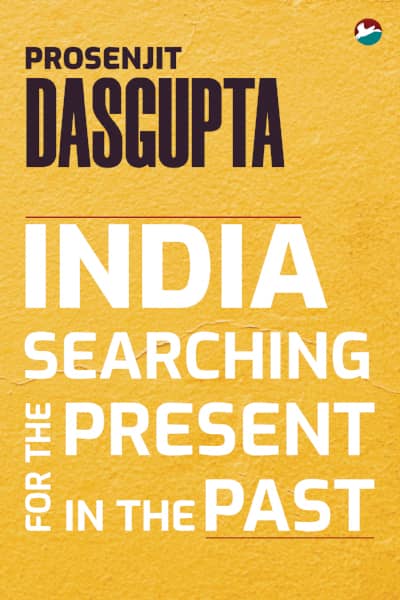 India – Searching for the Present in the Past

India – Searching for the Present in the Past documents summarily the various eras in India’s history.

India – Searching for the Present in the Past documents summarily the various eras in India’s history. It begins with the earliest settlements, when, over time, agriculture, trade and small townships grew up in the Indus Valley Civilization, circa 2500 BCE. The reader is then introduced to a sequence of epochs – from the “Nasadiya Sukta” of the Rigveda, with its discourses on the creation and beginning of life on earth, to the Upanishads, which sought to find the meaning and truth in life, followed by the Great Epics and the Bhagavad Gita. The lives of great teachers such as Gautama Buddha and Bhagavan Mahavira, who brought about intense intellectual and social change, whose influence can be felt even today are discussed; as are the periods of the great dynasties, such as the Mauryas, the Cholas and the Chalukyas. By the 13th century, Muslims had come to rule over large parts of India, giving way to the British by the 18th century, until India began to move towards self-determination and freedom, beginning in the mid-19th century. The book recounts these periods, up to the “present”, and the social and political aspects that can be witnessed in the modern era. It is hoped that the book will encourage a wider public engagement with the issues discussed therein.

Prosenjit Dasgupta was born in Kolkata in 1944 and studied at St. Xavier’s School and graduated in Economics from Presidency College, Kolkata. His deep interest in folk and tribal culture, and nature and wildlife prompted him to travel extensively since the 1970s. Over the years, he has written the occasional article on wildlife, Calcutta and on folk culture, for various newspapers and the “Sanctuary” magazine. He has also written several books, among them books on the city of Calcutta, and on the life of Jim Corbett, the famous hunter. His other books include “Eco-Yatra” (on economic change in India since 1947), “Issues and Idioms” (trends in political discourse in India), “A Conflict in Thin Air” (the Sino-Indian border conflict of 1962), “Chasing a Dream” (on his trips to tribal areas of Bastar in 1970s) and “A Partition in the Mind” (a discussion on factors leading to the Partition in 1947). He is single, and lives in Kolkata and is currently researching on modern political history of India, besides pursuing his interests in travelling, folk culture and wildlife.

This book is printed on demand and hence will be shipped within 8 working days. The time taken for you to receive this book after it is shipped will depend upon the shipping mode you choose, while completing your purchase. The rates applicable for each mode are different, and will be communicated to you when you complete your purchase.