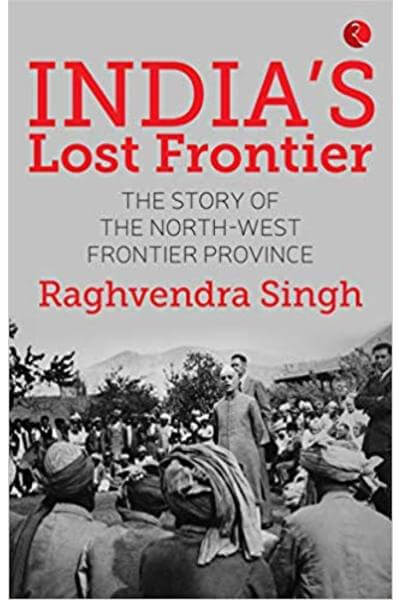 India’s Lost Frontier: The Story of the North-West Frontier Province

This book argues that with an increasingly powerful China knocking on India’s door, it is imperative to recognize that the docile acceptance of NWFP’s loss in 1947 may have serious consequences for India’s security in times to come.

The North West Frontier Province (NWFP), now Khyber Pakhtoonkhwa, has always remained tactically important. In the years leading up to India’s Partition and Independence, it significantly engaged the attention of British and Indian political figures. This province negated Jinnah’s ‘two nation’ theory, for the NWFP was overwhelmingly Muslim and yet elected a Congress government in 1946. This upset calculations, primarily of the British. It became imperative to snatch the province away from the Congress.

A referendum was ordered and the elected Congress government dismissed on 22 August 1947, within a week of India’s Partition. The Congress leadership had allowed NWFP to be lost to India. Only Mahatma Gandhi and the Khan brothers—Khan Abdul Ghaffar Khan and Dr Khan Saheb—had resisted surrendering this claim over NWFP. It was in Britain’s strategic interest to partition India. It was also in Britain’s interest that NWFP and Baluchistan, the two frontier provinces of undivided India, join Pakistan. Why then, even after more than seven decades of India’s Independence, do we still question the inevitability of Partition?

In this exhaustive study of the NWFP and its adjoining area of Afghanistan, Raghvendra Singh argues that with an increasingly powerful China knocking on India’s door, it is imperative to recognize that the docile acceptance of NWFP’s loss in 1947 may have serious consequences for India’s security in times to come.

Shri Raghvendra Singh is a senior civil servant. A member of Indian Administrative Service, he held various positions in the government, from internal and foreign affairs to finance and agriculture. Singh headed two ministries—Ministry of Culture and Ministry of Textiles—as Secretary. He was Director General of the prestigious National Archives of India which undertook the major task of conservation and digitization during his tenure. Museology and Conservation are of particular interest to him. Under his direct supervision, about 20 iconic buildings of India have been restored, such as the Red Fort, the National Gallery of Modern Art and Victoria Memorial, Kolkata. Singh has also curated over 25 permanent exhibitions related to museums, providing fillip to the as-yet-nascent field of Museology in India.