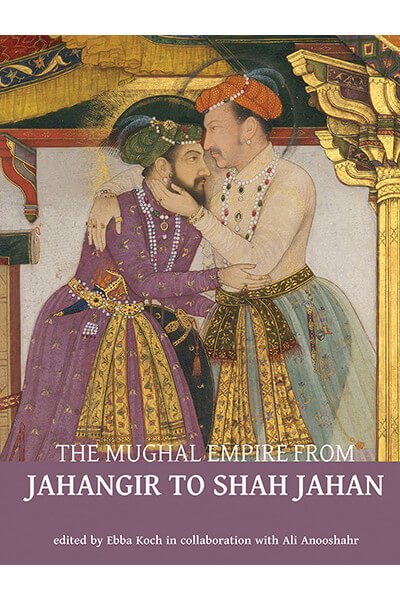 This creatively conceived collection of articles invites us to see in Mughal India of the first half of the 17th century a structural continuity in which the reigns of Jahangir and Shah Jahan emerge as a unit, an inspired reconceptualization of the Mughal empire as visualized by Akbar on the basis of what Babur and Humayun had initiated.

The reign of Shah Jahan (1628–58) is widely regarded as the golden age of the Mughal empire, yet it is one of the least studied periods of Mughal history. In this volume, 14 eminent scholars with varied historical interests—political, social, economic, legal, cultural, literaryand art-historical—present for the first time a multidisciplinary analysis of Shah Jahan and his predecessor Jahangir (r. 1605–27). Corinne Lefèvre, Anna Kollatz, Ali Anooshahr, Munis Faruqui and Mehreen Chida-Razvi study the various ways in which the events of the transition between the two reigns found textual expression in Jahangir’s and Shah Jahan’s historiography, in subaltern courtly writing, and in art and architecture. Harit Joshi and Stephan Popp throw light on the emperor’s ceremonial interaction with his subjects and Roman Siebertz enumerates the bureaucratic hurdles which foreign visitors had to face when seeking trade concessions from the court. Sunil Sharma analyses the new developments in Persian poetry under Shah Jahan’s patronage and Chander Shekhar identifies the Mughal variant of the literary genre of prefaces. Ebba Koch derives from the changing ownership of palaces and gardens insights about the property rights of the Mughal nobility and imperial escheat practices. Susan Stronge discusses floral and figural tile revetments as a new form of architectural decoration and J.P. Losty sheds light on the changes in artistic patronage and taste that transformed Jahangiri painting into Shahjahani. R.D. McChesney shows how Shah Jahan’s reign cast such a long shadow that it even reached the late 19th- and early 20th- century rulers of Afghanistan.

This creatively conceived collection of articles invites us to see in Mughal India of the first half of the 17th century a structural continuity in which the reigns of Jahangir and Shah Jahan emerge as a unit, an inspired reconceptualization of the Mughal empire as visualized by Akbar on the basis of what Babur and Humayun had initiated. This age seized the imagination of contemporaries and, in a world as yet unruptured by an intrusive colonial modernity, Shah Jahan’s court was regarded as the paradigm of civility, progress and development.

Ebba Koch taught at the universities of Vienna, Oxford and Harvard; she specializes in the architecture, art and court culture of the Great Mughals of South Asia and their artistic connections to Central Asia, Iran and Europe. Her books include The Complete Taj Mahal and the Riverfront Gardens of Agra (2006/2012) and Mughal Art and Imperial Ideology (2001).

Ali Anooshahr is a Professor of History at the University of California, Davis. He is a scholar of “comparative Islamic empires” with a focus on historiography, history of memory, and cultural history of Persianate societies in the early modern period. He is the author of two books: The Ghazi Sultans and the Frontiers of Islam (2009) and Turkestan and the Rise of Eurasian Empires (2018), and articles published in Iranian Studies, Indian Economic and Social History Review, Journal of Royal Asiatic Society, Journal of Early Modern History and Journal of the Economic and Social History of the Orient.