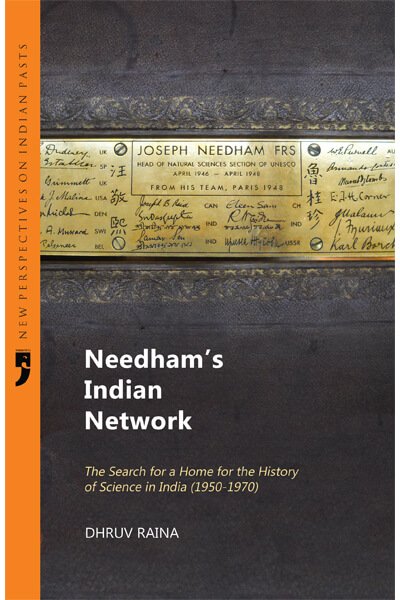 Needham’s Indian Network: The Search For A Home For The History Of Science In India (1950-1970)

Needham’s Indian Network traces the attempts to create a space for the disciplinary history of science in India in the first few decades after Independence.

Needham’s Indian Network traces the attempts to create a space for the disciplinary history of science in India in the first few decades after Independence. It does so by narrating the efforts of an important transnational network of historians of science who attempted to institutionalize the history of science in India during the 1950s – a crucial decade as far as science and technology in India are concerned. An important part of this network was the remarkable intellectual and historian of science, Joseph Needham. This book delineates, for the first time, the connections between Needham and Indian historians of science as well as his lasting influence on many of them.

During the first decade in the life of a newly independent nation, historians of science like A. Rahman tried to develop a curriculum for undergraduate and graduate teaching, while reflecting on the prioritization of research themes and programmes, and the central concerns of the historiography of science. With its narrative located at the end of the Second World War and the first decade of decolonization, this book also focuses on the problematic nature of the historiography of science and its relation with theories of modernity and modernization that were central to the projects of nation building.

Dhruv Raina is a Professor at the Zakir Husain Centre for Educational Studies, School of Social Sciences, Jawaharlal Nehru University. His field of research is the history and philosophy of science.

This book is printed upon order, and hence will take a week to ship. The time taken for you to receive it after the book is shipped will depend upon the mode you choose, while completing your purchase. The rates applicable for each mode are different.