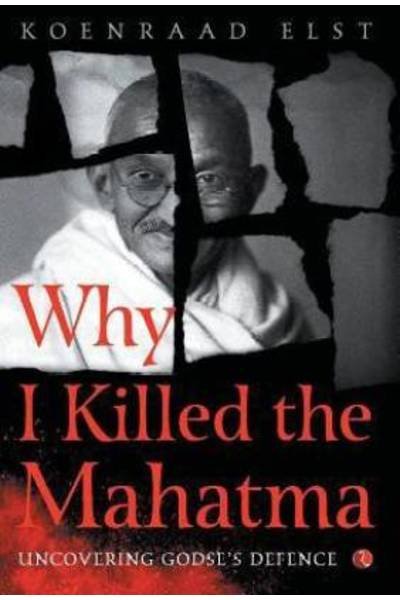 Why I Killed The Mahatma : Uncovering Godse’s Defence

Dr Koenraad Elst compares Godses case against Gandhi with criticisms voiced in wider circles, and with historical data known at the time or brought to light since.

It is common knowledge that Mahatma Gandhi was shot dead in 1948 by a Hindu militant, shortly after India had both gained her independence and lost nearly a quarter of her territory to the new state of Pakistan. Lesser known is assassin Nathuram Godses motive. Until now, no publication has dealt with this question, except for the naked text of Godses own defence speech during his trial. It didnt save him from the hangman, but still contains substantive arguments against the facile glorification of the Mahatma.

Dr Koenraad Elst compares Godses case against Gandhi with criticisms voiced in wider circles, and with historical data known at the time or brought to light since. While the Mahatma was extolled by the Hindu masses, political leaders of divergent persuasions who had had dealings with him were less enthusiastic. Their sobering views would have become the received wisdom about the Mahatma if he hadnt been martyred. Yet, the author also presents some new considerations in Gandhis defence from unexpected quarters.

Dr Koenraad Elst ( Belgium 1959) has a masters in Sinology, Indology and Philosophy, and a doctorate in Oriental Studies with a dissertation on Hindu Nationalism. While intermittently employed in political journalism and as foreign policy adviser in the Belgian Senate, his scholarly research findings earned him both laurels and ostracism. His numerous publications concern Asian philosophies, language policy, democracy, IndoEuropean origins, Vedic history, and the interface of religion and politics including the Ayodhya dispute.